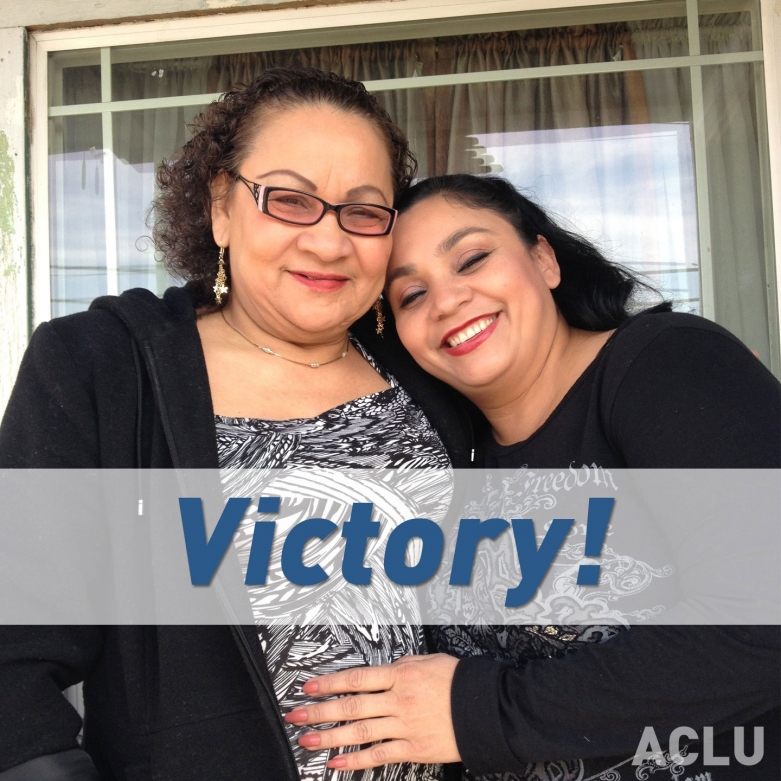 On the basis of minor, nonviolent offenses primarily petty theft of food items, the Bureau of Immigration and Customs Enforcement of the Department of Homeland Security (ICE) has classified Ms. Mejia as a "criminal alien" who must be detained for the duration of her immigration proceedings without the possibility of release on bond.

For over sixteen months, Ms. Mejia has been imprisoned by ICE without a hearing before a neutral decision maker as to whether her detention is justified.

We argue that Congress could not have authorized prolonged detention based only on a record that includes a crime of "moral turpitude" (like shoplifting or writing a bad check), without requiring the government to convince a neutral judge that prolonged detention is justified because the detainee poses a danger to the community or is a flight risk.

Ms. Mejia is not a flight risk nor does she pose a threat to the community.

She has lived in the United States for over thirty years and has extensive family and community ties in the San Francisco Bay Area. As a crime victim who cooperated with law enforcement authorities, she has a strong chance of obtaining a visa, and eventually, lawful permanent resident status. While her application for the U-visa is pending, Ms. Mejia has every reason to appear at all court hearings and pursue immigration relief.

ICE, which has the discretion to release Ms. Mejia with any conditions that they find suitable, such as bond or electronic monitoring, unfortunately refuses to do so. The immigration judge who presides over her case has ruled that he has no authority to release her and so Bertha Mejia continues to languish in county jail.

On March 13, 2013 the judge ruled that ICE wrongly classified Bertha as a "mandatory detainee" and ordered the government to provide her a bond hearing within 30 days.

Petitioners's Traverse in Support of Petition for Writ of Habeas Corpus

Respondents Return in Response to Order to Show Cause

Order to Show Cause

Petition for Writ of Habeas Corpus