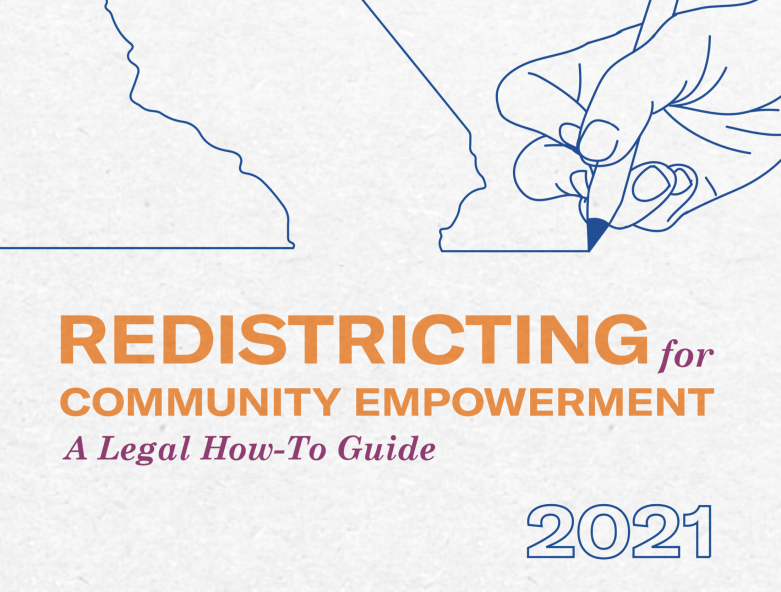 Redistricting is the process of redrawing the district maps used by political jurisdictions to elect public officials. This process takes place every ten years following each decennial census and affects all government bodies that use district elections including the U.S. House of Representatives, state legislatures, county boards of supervisors, city councils, school boards, and special districts (e.g., water and health care districts).

This year, hundreds of government bodies throughout the state will begin the process of redrawing their lines ahead of the 2022 elections.

District lines have enormous power. Decennial redistricting ensures that each district has about the same population so that each person is equally represented in government. Redistricting can also keep people with common interests, cultures, languages, and histories bundled together so they can effectively advocate for themselves and make their voices heard in local affairs. Where lines are drawn may determine who wins an election and, in turn, which communities have representation and what laws or policies are passed. These lines will have an impact for at least the next ten years, and many times inform where lines will be drawn in the decades that follow.

Unfortunately, in jurisdictions across the United States, district lines have been and continue to be drawn in a way that splits communities apart, robbing them of their voice and making it harder to elect a representative responsive to their needs. District lines have also been used to pack communities together, so they have influence in fewer districts than their size merits. To prevent these sorts of abuses and manipulations, there are federal and state laws that provide communities with protections in the redistricting process. In this Guide, we discuss those protections and give an overview of local redistricting processes to help your organization best advocate for the communities you serve.