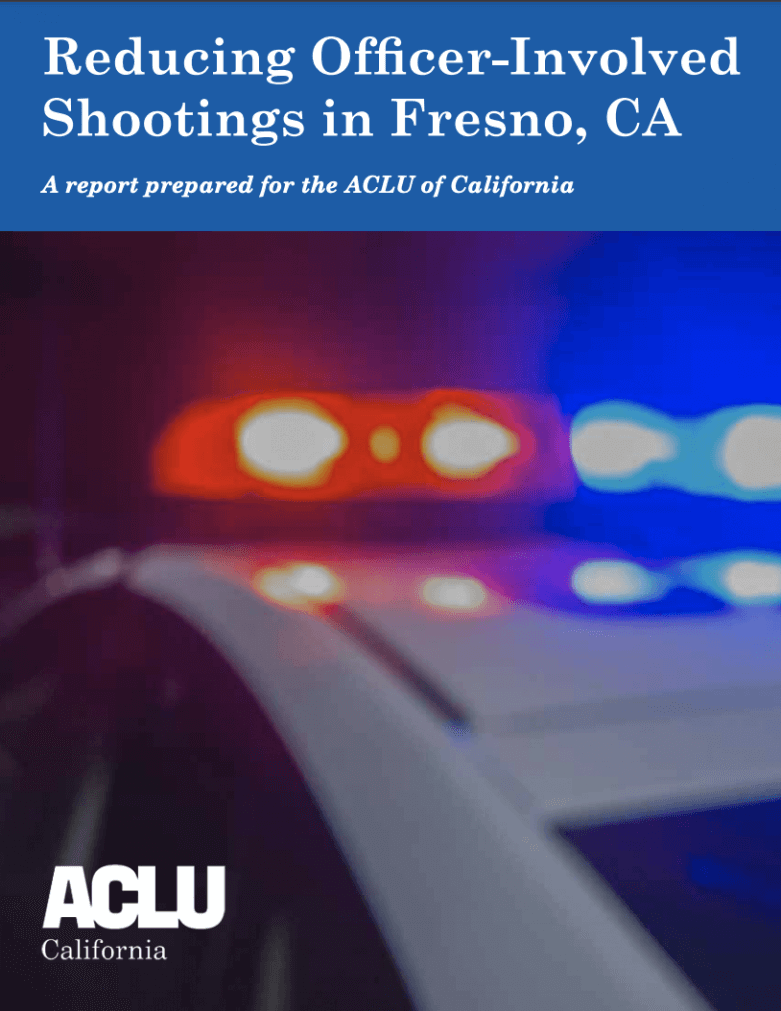 Police officers are authorized to use force in the line of duty in order to protect the public they serve. However, inappropriate use of this authority can erode trust between the police and the public and undermine the core mandate of the police to “protect and serve.” Between 2001 and 2016, officers of the Fresno Police Department were involved in 146 officer-involved shootings. This high number of shootings, its disparate impact on low-income communities and communities of color, and the department’s policies and practices have significantly damaged police-community relationships.

The costs of the Fresno Police Department’s officer-involved shootings exert a massive burden on the city. At least eight wrongful death civil suits have been filed against Fresno, the police department and its officers on behalf of the families of individuals shot and killed by the police. And in the eight closed cases, out of the 19 lawsuits identified on May 3, 2017 as arising from officer-involved shootings from 2008 through 2016, the city has spent more than $5.3 million in defending and settling lawsuits.

Improved and explicit policies and practices around community engagement and transparency will help to rebuild a foundation of trust and cooperation between police departments and the communities they serve. Better policies and procedures around accountability will reduce officer-involved shootings and restore police-community relations. Policies and procedures around officer training and the prevention of use of lethal force will help reduce officer-involved shootings and promote public safety.

This report recommends a hierarchy of reforms based on their financial feasibility. Policy updates and improvements would require no new resources and would help to improve degraded police-community relationships. Reallocating resources for improved trainings and procedures would help reduce the number of officer-involved shootings while also promoting transparency and accountability. A commitment of new resources to enact a substantive and transparent officer-involved shooting review process could fundamentally change systemic problems with policing in Fresno for the better.