The Truth Behind the Camouflage 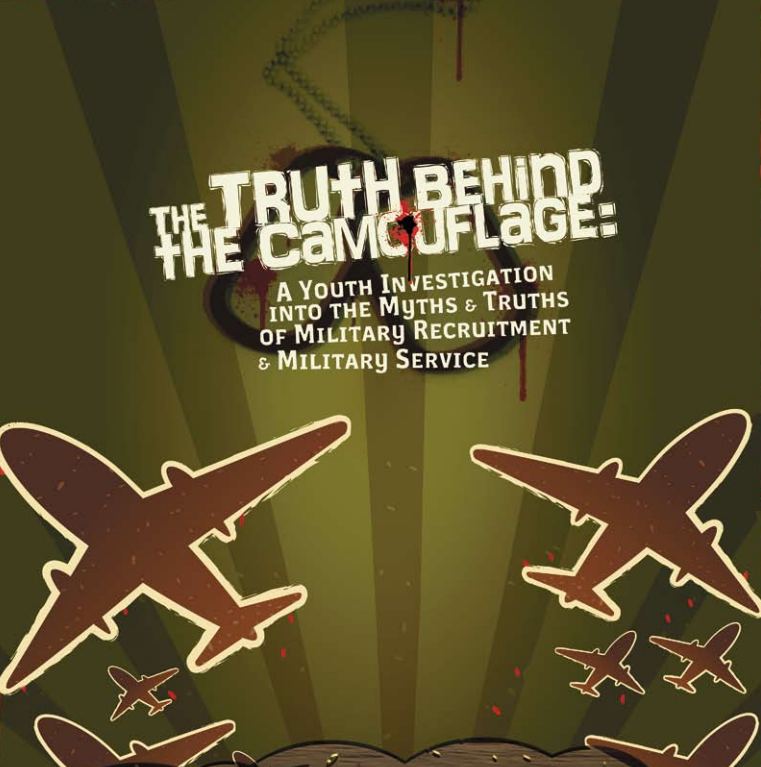 Twenty-three high school-aged young people from northern California spent eight days in the summer of 2007 investigating a civil liberties topic of their choice: the myths and truths of military recruitment and military service. The result is an empathic, impassioned, evocative series of essays, poems, photographs and drawings titled “The Truth Behind the Camouflage.”

The young people, who were part of the ACLU-NC’s Howard A. Friedman Education Project, visited more than 20 organization and individuals including women of color veterans, formerly homeless veterans, military families, conscientious objectors, former and current military recruiters, a Marine Corps boot camp, and more. Their purpose was to educate themselves so they could educate others and make a difference. They facilitated educational workshops in classrooms and communities throughout Northern California to pass on what they learned.