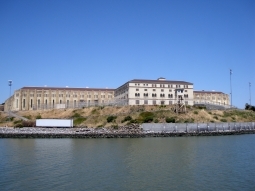 Even as public support for the death penalty continues to decline nationwide, California is undertaking another lengthy, costly and futile process to develop a new lethal injection protocol. The state has already spent almost a decade trying to create a legally sound execution protocol, but it has failed repeatedly and there is no evidence to suggest that this time will be any different.

California stopped carrying out executions in 2006 due to legal challenges to its three-drug lethal injection protocol. The state then decided to stop defending the three-drug protocol and announced it would start from scratch by developing a brand new, single-drug protocol.

In 2014, death penalty supporters filed a lawsuit against the CDCR to speed up the release of the new protocol. The CDCR settled the case and agreed to issue a new lethal injection protocol within 120 days of the U.S. Supreme Court opinion in Glossip v. Gross in June of 2015.

On November 6, 2015, the California Department of Corrections and Rehabilitation (CDCR) made public proposed regulations for a new lethal injection protocol. This triggered the public comment period under California’s Administrative Procedures Act (APA), which ensures the public has a right to participate in every step of the regulatory process so that our concerns are addressed in a meaningful way.

The purpose of this public comment process is to ensure that the CDCR engages in transparent decision-making and adequate study when it comes to such important, life and death decisions.  That’s why the ACLU went to court to ensure that the public had access to all the information relevant to the rulemaking process and can participate meaningfully in the public comment process.

Documents obtained by the ACLU confirm that CDCR has grossly understated the cost  of procuring execution drugs.  It has also been unrepentant about flouting federal law and remarkably, considered importing federal drugs again – despite having been slapped down by the FDA for doing so in the past.  And CDCR has demonstrated a troubling indifference to botched executions in other states while simultaneously considering very troubling drug sources for its new protocol.  (See here for links to the documents obtained by the ACLU.)

The ACLU and tens of thousands of other individuals and organizations submitted comments on CDCR’s proposed regulations.  As the ACLU’s comments explain, CDCR’s proposed regulations create a serious risk of botched executions, amount to human experimentation, and do not provide much-needed transparency.  Our comments also explain why CDCR has failed to comply with the procedural requirements of the Administrative Procedure Act.  (See here for links to the ACLU’s substantive and procedural comments.)

The Office of Administrative Law agreed with many of the concerns raised by the ACLU and disapproved CDCR’s regulations on Dec. 28, 2016.

CDCR then revised its regulations, in an effort to address the problems identified by the Office of Administrative Law.

On March 27, 2017, the ACLU submitted comments on CDCR’s revisions.  As we explain in our comments, CDCR has not addressed the fundamental flaws in the protocol previously identified by the ACLU.  There are still no safeguards against botched executions.  CDCR is still planning to engage in human experimentation by using two drugs that have never been used in an execution.  And critical aspects of the execution process are still shrouded in secrecy.  (See here for the ACLU’s comments on the revised regulations.)

On July 24, 2017, once again amended its proposed regulations. The ACLU submitted further comments explaining the continued flaws in the protocol.

On Oct. 9, 2017, the Office of Administrative Law once again disapproved CDCR’s regulations.

On Jan. 29, 2018, CDCR — having had its protocol disapproved by the Office of Administrative Law twice — decided not to proceed with the rulemaking. The same day however it unilaterally issued its lethal injection protocol without going through the Administrative Procedure Act’s notice and comment process — and thus bypassing review by the Office of Administrative Law. The ACLU Foundation of Northern California has filed a lawsuit challenging the unilaterally issued protocol.