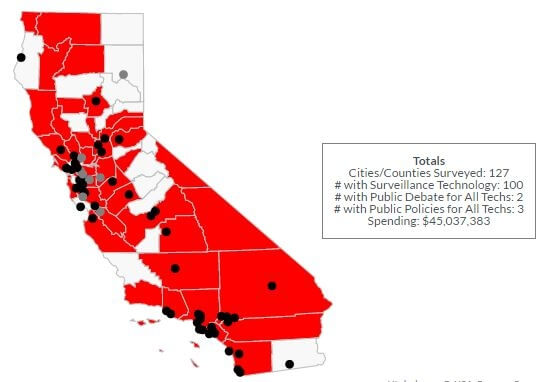 On your watch as California’s top cop, law enforcement agencies up and down the state have been secretly using social media surveillance software that has been marketed to monitor protests and activists of color. Highly invasive facial recognition that may have a disproportionate impact on Californians of color is also being quietly used in several of our largest cities and counties. As the Attorney General, your leadership is urgently needed to address the lack of transparency, accountability, and oversight of law enforcement surveillance technology in order to fulfill your duty to safeguard the privacy, free speech, and civil rights of Californians.

In the almost two years of inaction by your office, we have learned that California law enforcement have now been using social media surveillance marketed to monitor political and social movements, protests, and activists of color. While the ACLU of California public records act requests was quite limited in scope- just sixty-three total law enforcement agencies, it revealed very significant and concerning use of social media surveillance. Forty-percent of the agencies surveyed had used or acquired social media surveillance. These agencies included police departments, Sheriff departments, District Attorneys in the counties of Contra Costa, Sacramento, San Diego, San Mateo, and San Francisco, and your own E-crime unit of the California Attorney General.

While we do not yet know all of the ways this highly sensitive technology has been used, we do know that the Fresno Police Department received guidance from its social media vendor, MediaSonar, to use its product to monitor “threats to public safety” by monitoring hashtags such as #BlackLivesMatter, #DontShoot, #ImUnarmed, #MikeBrown #PoliceBrutality, #dissent and #ItsTimeforChange. More than a dozen California law enforcement agencies have also acquired or used Geofeedia social media surveillance. This company’s materials for law enforcement have characterized activist groups and unions as “overt threats” and suggest the product be used in ways to target activists of color. A Geofeedia representative suggested to the San Jose Police Department that they should use the product to surveil the “Ferguson situation.” San Jose Police did in fact use Geofeedia software to monitor South Asian, Muslim, and Sikh protesters only a few days after acquiring it. Geofeedia touted how useful its product was for monitoring protests to the San Diego District Attorney’s Office – our records show that this agency used Geofeedia.

No agencies, including your own office, have produced any documents providing evidence of any public debate about whether to use this very concerning surveillance technology, or any policies to safeguard rights.

2. Facial recognition and other biometric surveillance has been hiding in the shadows

It has also become clear that sophisticated facial recognition or other biometric surveillance that may have a disproportionate impact on Californians of color is now being used in some of our state’s largest cities and counties.

Public records documents released in July 2016 also detail an iris scanning program coordinated by the California Department of Justice that is being used in three large California counties – Riverside, San Bernardino, and Los Angeles. In San Bernardino alone, the county has used iris scanners to collect personal data from at least 200,000 people just in the past two and a half years. While described as a “pilot” project, the documents show that officials have quietly renewed the iris scan program for multiple years, and that the use of the invasive surveillance technology has continued to expand. There is no evidence of any local lawmaker oversight or democratic debate. Rather than a robust use policy, there is only an extremely vague privacy agreement between the FBI and the state of California.

Social media surveillance and biometric surveillance are just two of the most recent examples of surveillance technology. It is essential for the Attorney General’s Office to take systemic action to stop secret and potentially discriminatory surveillance in California. At a minimum, law enforcement should not be seeking funds, obtaining or otherwise using surveillance technology without a transparent, public process, being accountable to their communities, and having robust oversight measures in place to make sure that civil rights and civil liberties are being safeguarded.

The Attorney General should support state legislation that incorporates key principles to ensure proper and consistent transparency, oversight, and accountability when surveillance technology is being considered by any California law enforcement entity.

The Attorney General should also support local Surveillance Technology & Community Safety Ordinances and create mechanisms that facilitate consistent transparency, accountability, and oversight at the local level. Policymakers in Santa Clara County have already adopted such an ordinance. Oakland is currently drafting a similar law, and several other large and small communities throughout California are also considering next steps.

The Attorney General should issue clear guidance to law enforcement in the state about the basic mechanisms for public transparency, accountability, and oversight that should be in place at the earliest stage of the process – when surveillance technology is being considered and well before it is purchased or deployed. Best Practices issues by the Attorney General’s Office are needed for communities throughout California. The ACLU of California’s guide for communities, Making Smart Decisions About Surveillance, and resources also developed by The International Association of Chiefs of Police, Police Executive Research Forum, and the Department of Homeland Security Privacy Office would hopefully all be helpful to the development of Attorney General Best Practices.

Recent research on the state of surveillance in California has highlighted just how difficult it is to identify what is happening in the state. It would be very helpful for the Attorney General to streamline transparency about surveillance in California, both to increase public awareness and facilitate oversight. As a recommendation in Best Practices or a provision in a potential state law, the Attorney General’s Office should ensure that there are mechanisms to compile and release regularly-updated information about surveillance technology in the state, including what is being used and where, funding sources, and what processes are in place to provide for transparency, accountability, and oversight.

The California Constitution guarantees robust privacy and free expression rights to all people, with the Privacy Amendment specifically enacted to safeguard against the modern threat to personal privacy posed by data collection technology like social media surveillance and facial recognition. The rights of Californians are gravely threatened by the rapid proliferation of surveillance technology. The leadership of the Attorney General is urgently needed at this time to address the lack of transparency, accountability, and oversight of law enforcement surveillance technology and safeguard the privacy, free speech, and civil rights of Californians. We look forward to learning what immediate actions the Office of the Attorney General will be taking to address these pressing issues.

View PDF of the letter here » 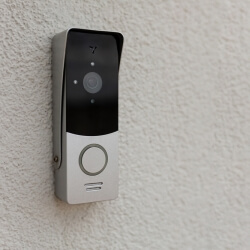 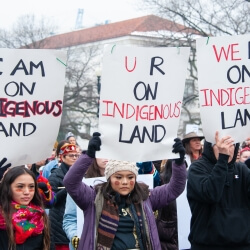 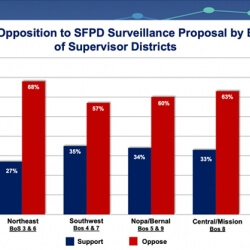