On the Anniversary of Roe v. Wade, Let’s Talk About Women 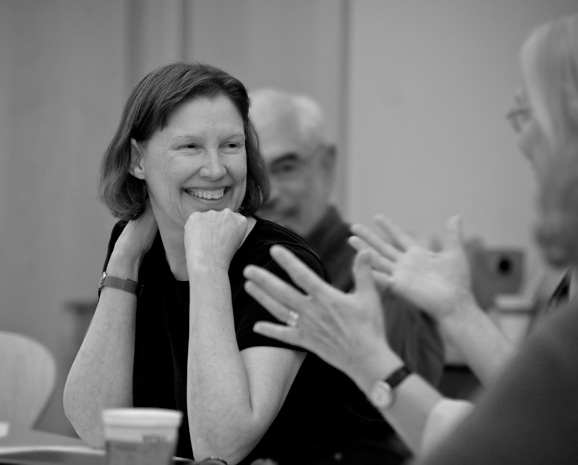 Today, 42 years after Roe v. Wade, abortion opponents are predictably waving signs with pictures of fetuses, which appear to be floating through space in bubbles. Erased from the pictures are the pregnant women who actually carry fetuses. Let’s put women back into the picture.

First, let’s talk about women we know and love. Yes, you know women who have had abortions. By age 45, one in three women will end a pregnancy.

This statistic should not surprise anyone, since women face more than 30 years of fertility and no perfect form of contraception. So actually, you know many women who have had abortions—they are in your family, your neighborhood, your school, your workplace.

This means that people who oppose legal abortion are saying that women you cherish should not be where they are today. Your sister, your closest colleague at work, your daughter—each of them should have abandoned school, job training, or career when she had an unintended pregnancy.

According to anti-abortion advocates, the first priority of any woman must be motherhood, meaning, as Katha Pollitt points out, that at any time the lives they want to lead can be “derailed by a single sperm.” Why don’t we talk more frequently with the women we love about their experience with abortion? Roe was supposed to take abortion out of the shadows, and to some degree it did. Legalization allowed for significant technological advances, so that now abortion is 14 times safer than continuing a pregnancy.

But abortion stigma makes women who have had abortions feel judged, shamed and silenced.

No one can judge a woman’s reasons for having an abortion. No one, especially a politician, can possibly know the complexity of a woman’s life when she decides to end a pregnancy. Only the pregnant woman can know what’s best for her and for her family.

Our role, and more importantly, the role of our government, is to support a woman in whatever decision she makes. That means making information and health care available—early, safe abortion and comprehensive prenatal care. It also means helping women who do have babies continue with schooling and work.

Supporting women’s pregnancy decisions is of course the opposite of what governments throughout the country are doing. They are tripping over themselves to burden access to abortion.

The U.S. House of Representatives, for example, is marking the Roe anniversary today by voting on a bill that could deny insurance coverage of abortion. California is a welcome exception: the state has integrated abortion into primary care, expanding the health professionals who can provide early abortions, and requiring health plans to cover all pregnancy options, including abortion, as basic health care.

But most states are punishing women who choose abortion, forcing delays, lectures, sonograms, and long journeys for access to care. The impact of those burdens is to make the right declared in Roe out of reach and a cruel illusion for the most vulnerable women in our society.

These women are thriving today, because they were able to commit to their goals, complete their educations and continue their work.

Since I have the good fortune to work for the ACLU, many of the women who have shared their personal abortion experiences with me are also in the public interest sector, and they are doing important work for social justice, health and science. (And many of these women are now enjoying parenthood, having had children when the time was right.)

In the 40 years that I have worked for abortion rights, I have heard every argument for restricting access to abortion—from vulgar, hostile remarks about women and sex (the anonymous callers to radio shows and internet posted comments) to more measured rationales (in courts, legislatures, editorial board meetings, initiative campaigns). These arguments fail, because a democratic society that values privacy, equality and religious freedom does not force women to bear children unwillingly.

On the anniversary of Roe v. Wade, let's celebrate reproductive freedom as the cornerstone of women's equality—and how much it has meant to the richness of life for the women we love.

Maggie Crosby is a Senior Staff Attorney at the ACLU of Northern California.