Banned Books Week: Keeping a Light in the Attic On 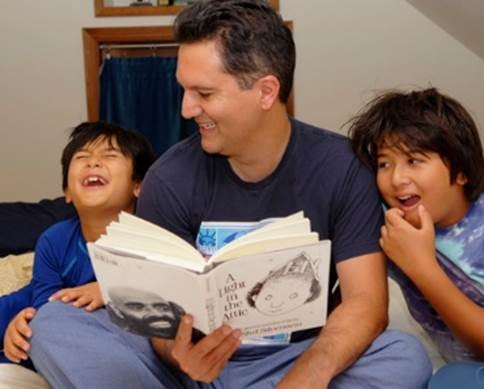 On a visit to the ACLU office in San Francisco, my sons Cyrus and Juno, age 11 and 7, stood in the hallway. Come in my office, I asked them. But they wouldn’t budge.

I stepped back in the hallway to see what had their attention. It was the giant “Banned Books” poster mounted on the wall.

>> What is Banned Books Week?

On the poster are some of their favorite books, including A Light in the Attic by Shel Silverstein. Their baby sitter had given them the book as a gift three years earlier.

“What does it mean to ban a book?” they asked. “Why would anyone want to ban A Light in the Attic?” was the follow-up question.

We read the fine print on the poster and then looked up why it was banned. Apparently, some parents thought the book planted a bad seed in the minds of their young children. And they pressed their school district to ban the book from the school library – and they were successful – albeit briefly.

Among the culprit poems:

(Such an awful, boring chore)

(‘Stead of going to the store)

And you drop one on the floor –

Maybe they won’t let you

In defense of this poem, it’s genuinely funny. And to my knowledge, my kids are still happy to dry dishes.

(And for those parents whose children take the poem too literally, you can always get plastic shatterproof dishes and install a soft rubber kitchen floor. Or you could engage in a true American pastime – and create an app that tracks how many dishes your child dries without breaking one and pay them in bitcoins.)

Another poem which I suspect was suspect:

Prayer of the Selfish Child

Now I lay me down to sleep,

I pray the Lord my soul to keep,

And if I die before I wake,

I pray the Lord my toys to break.

So none of the other kids can use ‘em…

Now this poem may seem like it promotes selfishness. And perhaps it belittles prayer.

But it actually belittles that selfishness, if you can see the irony. Which my kids do.

And as proof that most people have enough sense of irony to appreciate the book without taking it too literally, I give you Exhibit A – our sitter herself, who must have read:

She thinks a baby-sitter’s supposed

To sit upon the baby.

Our sitter took its meaning properly – which is to not sit on the children – rather than literally as an instruction to sit on my children.

All of which inspires this poem of my own:

If you seek to ban a book

Be prepared to overlook

The fact that it sparks

Instead spark something of your own -

You can take a book off the shelf.

Even burn it in a bonfire.

It may produce some light and heat.

But less than if you read it.

I ran this poem by my very supportive wife who said through her own tears and laughter, "It’s kind of terrible. Good thing you have a day job."

To which I said, “Some lights are meant to be left on.”