California is One Signature Away From Reining in Policing for Profit 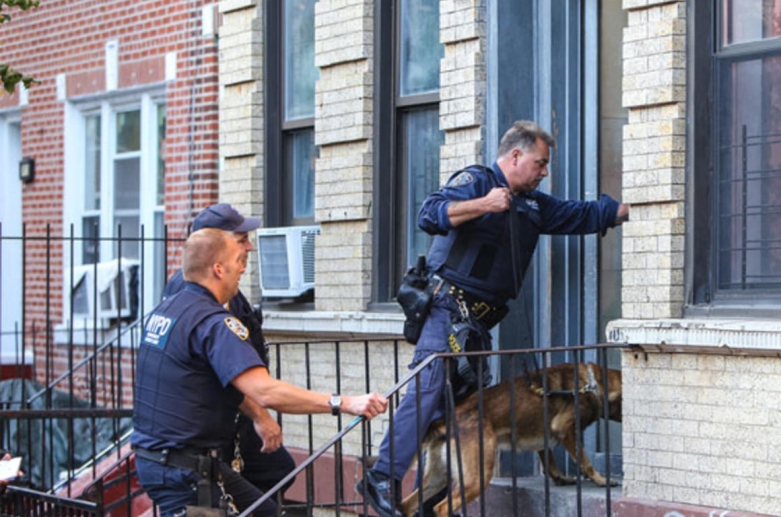 Update: As of January 2017, new protections against policing for profit have taken effect in California. Thanks to a huge coalition effort co-led by the ACLU, California law enforcement can no longer take and keep your cash (if under $40,000) unless they secure a conviction. They also need a conviction to permanently take your non-cash property of any value, including cars, wedding rings, and homes. Before this law change, law enforcement had broad discretion to forfeit your cash and property even if you had done nothing wrong. California  did the right thing by rolling back this draconian drug-war policy. Congratulations and good work, California!

It may come as a surprise, but throughout the country, police officers are legally allowed to take and keep your cash and property — even if you are never charged or arrested for a crime. All it takes is officers claiming they think your belongings were obtained through illegal means. How about your due process and personal property rights? They’re out the window under most state and federal civil asset forfeiture laws.

For example, in 2015, a woman from San Diego, California, was driving on the freeway when she was pulled over by Los Angeles County Sheriff’s deputies. It was a routine traffic stop, but the officers took $18,000 in cash from her. She had done nothing wrong and even had the paperwork to show that she was going to use the $18,000 to pay her janitorial company employees. They still took her money.

Fortunately, California is close to reining in this abuse, commonly referred to as policing for profit, and establishing some of the strongest personal property protections in the country.

We now know asset forfeiture laws have been perverted into an ongoing attack on low-income Americans and those who can’t afford to fight the federal government in court. This abuse has filled law enforcement coffers, all the while leaving countless innocent people without their hard-earned wages, savings, homes, cars, and other property.

Across the country, an extraordinarily diverse coalition of community members, grassroots organizations, political associations, religious leaders, civil libertarians, and racial and economic justice organizations — the ACLU included — are banding together to fight back. State and federal legislators have responded by introducing sweeping asset forfeiture reforms.

In the past two years alone, the governors of New Mexico, Florida, Nebraska, Montana, Maryland, and Michigan have each signed reform bills into law. At the federal level, both the Department of Justice and Congress have taken good first steps with the DOJ's revised forfeiture policies and Congress's introduction of the DUE PROCESS Act.

Last month in California, lawmakers from both sides of the aisle approved a bill that would require a conviction in most of the state’s asset forfeiture cases. This requirement is key because it gets at the heart of policing for profit: the profit motive.

Although California already has some of the best personal property protections in the country, state and local police are able to work around them through a federal program called “equitable sharing.” This program lets police use federal law instead of state law. The problem is that federal law doesn’t require a conviction and actually lets California police take a bigger portion of whatever they take.

This gives them a financial incentive to ignore state law for federal law, which offers far fewer protections and opens the door to abuse. The same can be said for other states like Texas, Ohio, North Carolina, and Pennsylvania, where police can work around state laws. But California’s Senate Bill 443, which was passed with overwhelming bipartisan support, would close this loophole and reestablish California as a leader in the fight against policing for profit.

Now, it’s up to Gov. Brown to sign the bill into law. And he should.

Investigations have uncovered that people of color, low-income people, and immigrant communities are disproportionately at risk of having their property taken through asset forfeiture laws. A recent report by the three ACLU affiliates in California found that more than 85 percent of  payments made to California law enforcement agencies through federal forfeiture laws went to agencies policing communities in which people of color make up more than half of the population.

It’s time California and the rest of the country put justice over profits. SB 443 is just the way to do it. The bill offers durable solutions to shelter Californians from policing for profit and government overreach. But it wouldn’t end there.

If Gov. Brown signs it into law, SB 443 won’t just benefit Californians: Its momentous victory will offer other states a blueprint for lasting, workable solutions.

For this and many other reasons, we hope Gov. Brown signs SB 443.