Documents from the CDCR 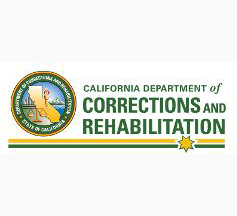 On Nov. 17, 2010, the ACLU-NC filed a suit under the California Public Records Act to demand records from the California Department of Corrections and Rehabilitation (CDCR) about its recent acquisition of sodium thiopental, a controlled substance used as part of California’s lethal injection protocol for executing death row inmates. Here are the documents we have received from the CDCR to date.

On April 7, 2011 the ACLU of Northern California received five pages of test results of the sodium thiopental.  These tests were conducted by an outside laboratory retained by the CDCR.

In response to ongoing legal challenges by the ACLU of Northern California, the CDCR was ordered by the Court to re-release less redacted versions of certain pages of the January 4, 2011 documents which pertain to the CDCR's first acquisition of 12 grams of Sodium Thiopental, as well as release six new pages.  These new documents are the first 6 pages of this batch - bates numbered on the bottom left as, "2.3.11 ACLU 000001" thru "2.3.11 ACLU 000006."   The previously redacted portions are highlighted in blue and are seen in the last six pages on this batch.

The CDCR released another 412 pages of documents in response to the ACLU of Northern California’s Nov. 30, 2010 Public Records Act Request seeking records related to the Department’s second purchase of around 521 grams of Sodium Thiopental.

In response to ongoing legal challenges by the ACLU of Northern California, the California Department of Corrections has released new documents and less redacted versions of documents released on Dec. 8, 2010 about the acquisition of 12 grams of execution drugs by state officials on Oct. 6, 2010. The additional 192 pages, received on Jan. 4, 2011, are available below.  We have highlighted in pink areas that were previously redacted.

On Dec. 8, 2010 the ACLU-NC received documents from the CDCR, which we have scanned and provided here in batches of about 50 pages. All documents are posted as received from the CDCR, in the order received, with the following exceptions:

1. We have added our own electronic bates number to the bottom right corner of each page with the prefix "LI." Our pages numbers start at LI000001 through LI000989.

2. We have edited in red pages 171, 172, 174, 177, 936, 937, 958, and 959 to remove the names of third parties that the CDCR redacted from identical documents, pending review by the California Superior Court as to whether this information should be available to the public. The above page numbers correspond to the bates numbering we added.

Below, we have grouped the responsive documents into ten categories. We have removed duplicate emails, emails that said only "FYI" or "thanks," manuals and blank forms. As a result, the selected records below do not show every person who received a particular email. To the best of our ability, the selected records do provide the full content of the email communication, based on what the CDCR has disclosed to us thus far.