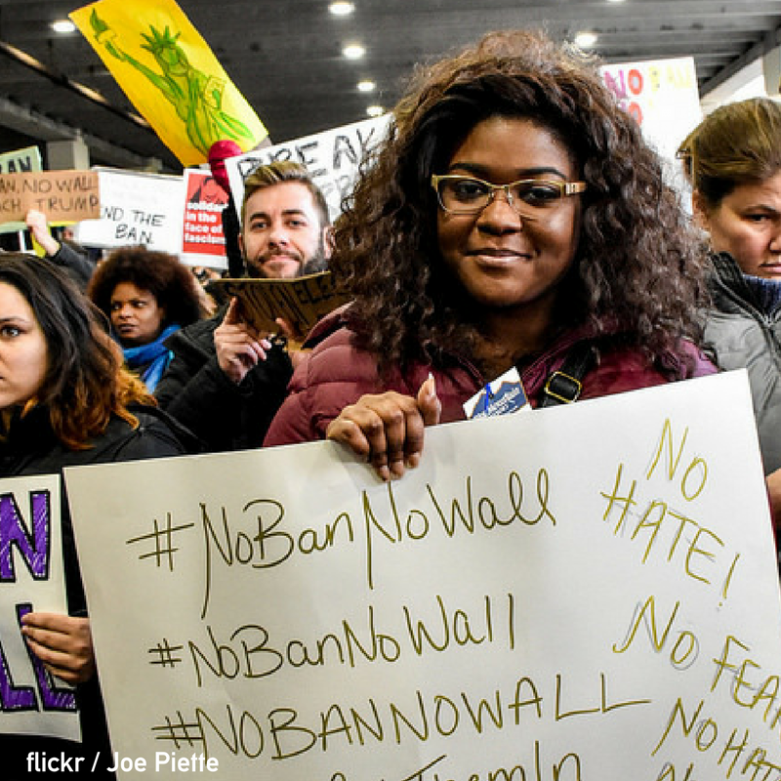 For months, the Trump administration has tried to bully local communities into signing up to become extensions of the federal deportation system. That campaign of threats and public shaming based on flawed data — which has been mostly unsuccessful — suffered another major blow yesterday. A federal court in San Francisco ruled in two cases that the president’s threats were unconstitutional, and stopped the government from carrying them out anywhere in the country. The ruling vindicates the constitutional rights of cities, counties, and states to refuse to participate in deportations. And like the court orders halting the president’s Muslim ban, the ruling shows the crucial role that courts play in preventing presidential overreach.

The cases involve “sanctuary cities,” a term that generally refers to cities (or counties or states) that choose to disentangle themselves from the federal immigration enforcement system. These local governments have decided that drawing a clear line between local government and Immigration and Customs Enforcement encourages greater trust in the community, ensuring that residents feel safe reporting crimes and seeking services. That trust is particularly crucial for vulnerable populations, such as survivors of sexual assault, trafficking, and domestic violence. For local jurisdictions, participating in the deportation process, by contrast, imposes serious costs, including the prospect of expensive lawsuits and settlements.

In response, the president has repeatedly threatened to punish localities that decline to join his proposed deportation force. Just days after being sworn in, he sought to make good on those threats, signing an executive order threatening to defund jurisdictions that do not agree to participate in immigration enforcement. San Francisco and Santa Clara County, with support from the ACLU and others, sued. As they explained in court papers, their sanctuary policies placed them squarely in the administration’s crosshairs. The threats to strip them of federal funding were having devastating effects on their budgeting processes, and, they argued, violated the Constitution.

The court agreed. It refused to accept the government’s assurances that it would take only a few grants from sanctuary cities, explaining that the government’s narrow interpretation rendered the executive order an “ominous, misleading, and ultimately toothless threat,” inconsistent with the order’s text and the administration’s public statements.

The court then explained that the executive order was unconstitutional in a number of ways. First, it ruled that the executive order violates the Constitution’s separation of powers: Congress, not the president, holds the authority to appropriate money and to establish conditions on spending. The president’s attempt to “place new conditions on federal funds” was therefore “an improper attempt to wield Congress’s exclusive spending power.”

Second, the court explained that even Congress could not have taken the steps the order envisioned — and therefore the president couldn’t either. Congress’s power to spend money is subject to important limitations. When Congress wants to impose a condition on a funding grant, it has to do so clearly and in advance; yet the executive order threatened funds that had never been clearly tied to immigration enforcement. Congress can only impose conditions that are “reasonably related” to the funding at stake; but the executive order threatened to deny all kinds of funds, including many with absolutely no connection to immigration enforcement. And Congress cannot threaten to cut off spending programs as leverage to compel local governments to do its bidding; the executive order seeks to do just that. Indeed, the president called his defunding proposals a “weapon” to be used against sanctuary cities.

Third, the court concluded that the order’s threats were so open-ended that they violate the requirements of due process. The order provides “no clear guidance on how to comply with its provisions or what penalties will result from non-compliance,” leaving it unconstitutionally vague. It also “provides no process at all” to sanctuary cities, which violates the Constitution’s requirements of notice and an opportunity to be heard.

The principles underlying the court’s decision are constitutional bedrock. The Constitution divides power between the federal government and the states, and among the three branches of the federal government, to ensure that no single person or government will ever have the power to eliminate the rights and freedoms we all cherish. Those values were vindicated by the ruling yesterday. Today, cities, counties, states, and individuals around the country are breathing a sigh of relief that those principles and our courts remain steadfast.

Cody Wofsy is a Staff Attorney and Skadden Fellow with the ACLU Immigrants’ Rights Project.