Federal Court: Yes, We Can! ACLU Challenge to "See Something, Say Something" Surveillance Program to Go Forward 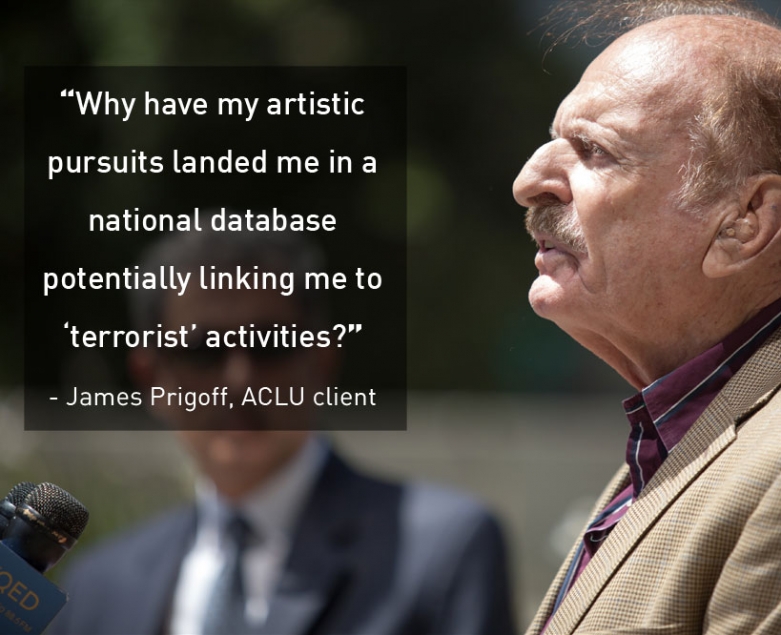 On Friday, federal district court Judge Richard Seeborg denied a government motion to dismiss our case challenging the government’s Suspicious Activities Reporting program, Gill v. Department of Justice. As we’ve written before, this program relies on local law enforcement, security guards, shopkeepers, and neighbors to report any “suspicious activities” they observe. FBI Director James Comey instructed last year, “When the hair on the back of your neck stands, listen to that instinct and just tell somebody.”

Those suspicious activity reports (or SARs, for short) are stockpiled in a giant database and shared with state, local, and federal government agencies throughout the country. The problem is that, contrary to a binding federal regulation, the government doesn’t require even reasonable suspicion of criminal activity for a SAR to be maintained and shared.

All of us have fears and worries and none are immune from unconscious bias. We discovered that when local law enforcement officers, security guards, shopkeepers and neighbors report people who seem “suspicious,” there is an overrepresentation of the innocent activities of Arab and Muslim community members.  We believe that three of our clients were targeted because of racial or religious bias. (The other two are photographers; the SAR reporting standards target photography of “infrastructure” like bridges and dams as “suspicious,” even though it’s constitutionally protected.)

Friday’s ruling is a step forward toward transparency and accountability.

Overbroad government surveillance programs have been difficult to challenge because their secrecy meant affected people couldn’t show that their conversations had actually been monitored, or their data gathered.  The government has convinced judges to dismiss cases where the injuries are too speculative, and it’s been interesting to note the revelations later confirming the problems the lawsuits sought to address. This time, we represent clients who were confronted by law enforcement and/or know that SARs were uploaded to a counterterrorism database based on their entirely lawful activity. In his order on Friday, the court recognized both that the federal SAR program “alters the legal regime” that local law enforcement works under and that being in a counterterrorism database injures our clients’ “privacy and reputational interests.”

We are eager to move the case forward and end the use of SAR standards that encourage racial and religious profiling, target First Amendment-protected activity, and violate federal law.

Julia Harumi Mass is a Senior Staff Attorney with the ACLU of Northern California.