Today, on the one-year anniversary of George Floyd’s death, the ACLU of Northern California joins his family, and communities across the nation, in mourning his death and celebrating his life.

We must continue the fight to ensure that Floyd’s death has not been in vain. We renew our commitment to overhauling the role of policing in American society—in the memory of Floyd, and in the memory of the incalculable other Black lives lost to police violence.

While former Minneapolis police officer Derek Chauvin was found guilty of murder for kneeling on Floyd’s neck for over nine minutes, Chauvin’s conviction can’t erase the traumatic images of Floyd’s final minutes of life. His vicious murder, captured on video and seen by millions upon millions of people, unleashed the biggest social justice protests in the U.S. in decades. 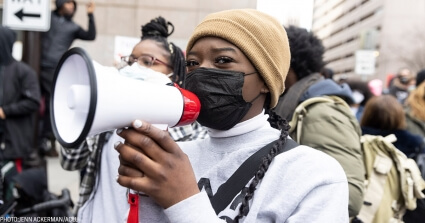 Floyd’s fatal encounter with Chauvin on May 25, 2020, followed a vast number of police killings of Black people in the U.S.: Oscar Grant, Michael Brown, Eric Garner, Philando Castile, Breonna Taylor—to name just a handful of lives from an innumerable list of loss.

The depravity of Floyd’s murder forced a national reckoning that had not occurred before. The brazen execution of a man, in full view of a crowd of witnesses, whose alleged crime was passing a counterfeit $20 bill hit a nerve, not just here in the United States, but all over the world.

Floyd’s murder reshaped the entire conversation about why police play such an outsized role in the lives of Black and Brown people, and what we can do to change that.

Here is a sampling of concrete victories from around California: 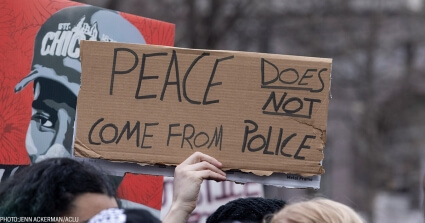 Yet even as we celebrate these victories, Black and Brown people continue to be killed during encounters with police, with sickening regularity. The ACLU will continue to work alongside grassroots activists to ensure that, one day, we can remember George Floyd in celebration of the true justice achieved in his name.