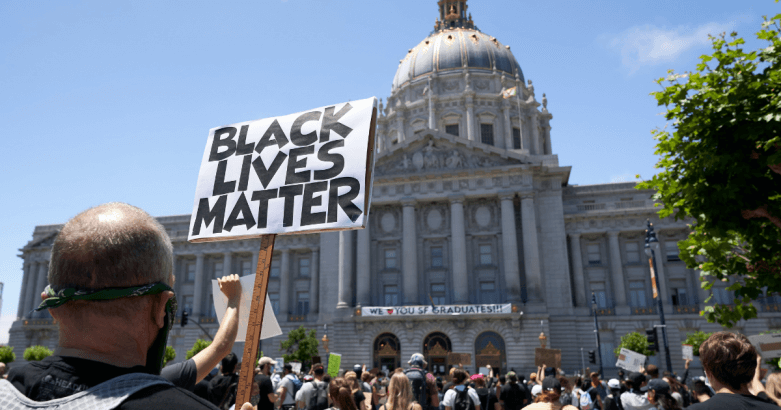 For decades, local, state, and federal public officials from both political parties and powerful interest groups engineered the system of mass incarceration. They did this in part by constructing a narrative of fear fueled by racism through which they passed laws, spent billions of dollars, and separated millions of families. It was a disaster of epic proportions that unfolded in slow motion and for which we are still paying the price today as a nation.

The movement to end and repair the damage of mass incarceration has made some gains, but that progress is now at risk. As we near the second-year anniversary of a global pandemic that has taken almost one million lives in our country, the collateral damage is everywhere. While the stock market surged, communities have been in a constant state of distress, from the loss of lives, health, housing, and jobs; to tensions over mask mandates and vaccinations; to school closures that have disrupted the lives of children, teens, and parents alike.

In the early months of the pandemic when the nation was sequestered and reeling from fear of infection, the filmed murder of George Floyd by Minneapolis police sparked a ubiquitous intergenerational mass movement that poured into previously empty streets demanding justice. After decades of witnessing and enduring police brutality disproportionately against Black people, a collective demand rose: not just for police accountability, but to reimagine the role of police to be far narrower, while investing in supportive, community-based solutions for public safety independent of the criminal legal system. 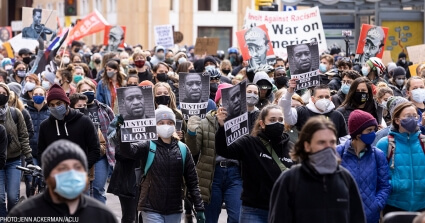 Today, the social and economic disruptions caused by the pandemic and the failure to build adequate community-based care strategies have led to conditions that are truly distressing. Many cities are struggling with mass homelessness and an unprecedented epidemic of substance use disorder and overdose.

In the face of this rising poverty and despair, we might expect efforts to build out strong, sufficient interventions that meaningfully respond to these conditions. Instead, we are witnessing a backlash from the forces in power — especially police unions — to reverse recent gains and return us to the policies of criminalization, surveillance, and incarceration.

San Francisco is no exception to the rising anxiety about crime, and we are now in danger of public officials backsliding into old, harmful answers. In contrast to Mayor London Breed’s statements during the summer protests of 2020, she recently displayed a shift in her messaging, emphasis, and policy during her press conference in December. Deeply concerned about the conditions in the Tenderloin district, she invoked the need for tough love and pledged to “be more aggressive with law enforcement, more aggressive with the changes in our policies.”

In practice, Mayor Breed has pursued some important measures focusing on public health, including opening the Linkage Center to connect residents with services and fast-tracking the hiring of public health workers. These and other public health efforts deserve strong support — and on these counts, she has ours.

Nonetheless, the ACLU and the ACLU of Northern California unequivocally oppose several of Mayor Breed’s and the San Francisco Police Department’s recent policy proposals that will not address systemic problems and will undermine the rights and safety of the people of San Francisco. These misguided proposals are not prudent components in a balanced approach, and they are taking us down the wrong path.

Continuously since 1934, the ACLU has endeavored to hold law enforcement in San Francisco accountable to the Constitution. Yet violations and abusive policing persist, especially against those groups most at risk for having their rights denied.

We will continue to fight any attempt to gut the San Francisco surveillance ordinance that ensures proper public oversight over police use of powerful surveillance technology. If it proceeds, we will vigorously oppose the proposed ballot measure that gives unilateral power to the police to deploy surveillance with no guardrails.

We have strongly opposed the allocation of additional millions of dollars to the police department when we should instead be investing every available dollar in the housing and public health emergency that is ravaging the Tenderloin. We oppose unconstitutional efforts to curtail people’s freedom of movement, as we’ve done in a case in the Tenderloin where the city government is using civil injunctions to exclude persons from entering the neighborhood, rather than targeting actual illegal conduct.

And we strongly oppose the SFPD’s attempt to unilaterally terminate a memorandum of understanding that makes the district attorney’s office the independent and primary investigator of police use of force. The termination of this legal agreement was announced by Police Chief Bill Scott on the eve of the district attorney’s office proceeding in the first jury trial of an officer on charges of excessive use of force, after decades of the San Francisco Police Officers Association resisting every reform and every effort by the SFPD itself to hold its officers to account.

Let us be clear: There are real impacts of crime, and too often it is the most vulnerable among us who suffer. Our neighbors in the Tenderloin and other systemically impoverished districts in San Francisco and throughout our nation deserve to be safe. But reverting to the tools of incarceration and over policing, and failing to build adequate community-based care strategies and strong, sufficient interventions will not bring these communities the systems of safety they deserve. We must protect the recent gains made in police accountability and reducing incarceration, while we also pursue the transformative change that communities demand.

In the words of Austrian philosopher Viktor Frankl, “Between stimulus and response there is a space. In that space is our power to choose our response. In our response lies our growth and our freedom.”

We urge our fellow residents to make the most of that space between the stimulus — rising poverty and despair — and our collective response in a democratic society. We must not succumb to the backlash and once again criminalize, surveil, and incarcerate. We have the power to choose our response: real solutions that increase equality and justice, and also safety.

Abdi Soltani is the Executive Director of the ACLU of Northern California. He is a nationally-recognized civil rights leader who has dedicated his adult life to social justice and equal treatment for all.

Yasmin Cader is a Deputy Legal Director at the ACLU and the Director of the Trone Center for Justice and Equality, which encompasses the National Prison Project, the Criminal Law Reform Project, the Racial Justice Program, the Capital Punishment Project, as well as the John Adams project.