On Policing, What Will Gov. Brown's Legacy Be? 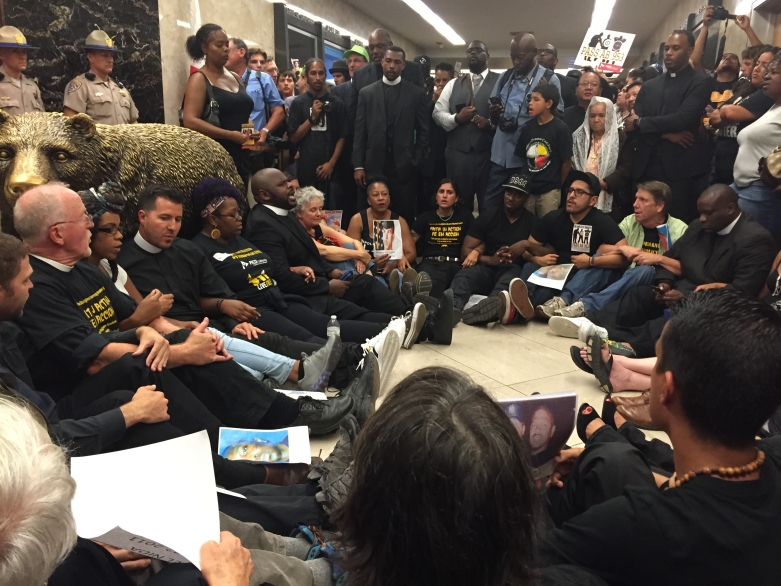 On September 2, I marched, rallied, and protested with nearly 800 people in Sacramento to demand that Gov. Brown sign AB 953: The Racial and Identity Profiling Act of 2015.

We staged die-ins outside the Capitol and heard powerful testimony from family members of people killed by law enforcement. They came seeking recognition, respect, and dignity for their siblings, children and friends.

Following the rally, we occupied the hall outside of Gov. Brown's office for nearly two hours because we know all too well that an encounter with police might start with racial profiling, but it can end tragically in death for people of color.

Unarmed black men are seven times more likely than unarmed white men to die by a police officer's gunfire. But that isn't just a Ferguson, Baltimore, or New York problem: California leads the nation in the number of people killed by police officers – almost 150 this year alone.

AB 953 would collect and make public key information about police stops, and update the definition of profiling to prohibit discrimination not only based on race, but also gender, sexual orientation, national origin, religion, and disability status.

Data alone won't fix the problem. But, until we have the data on how police are patrolling our streets, it will be very difficult for us to fix biased policing. The data gathered can be used to identify the patterns and points where discrimination may be rampant. It can also guide us in identifying the adequate training and reforms to policing practices to address these disparities.

When I was in Sacramento earlier this month, outside of Gov. Brown’s office, I recalled the rallies and marches of 15 years ago in support of a data collection bill similar to AB 953. Back in 2000, then-Gov. Gray Davis refused to sign the bill and instead pushed through the weaker racial profiling law in the books today.

Now that AB 953 has been voted out of the California legislature, I hope Gov. Brown's legacy on racial justice and fair policing will be on the right side of history.

Abdi Soltani is the executive director of the ACLU of Northern California.