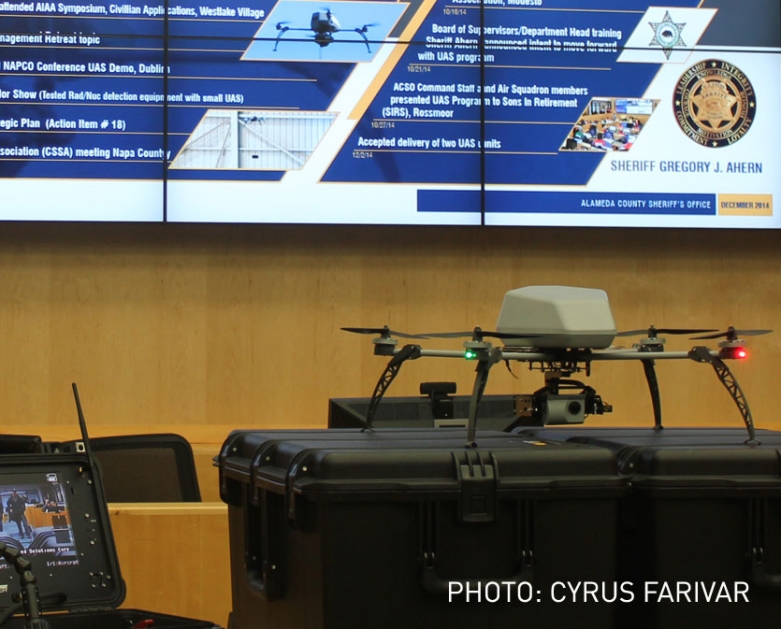 It’s not an unreasonable expectation.

Given how invasive surveillance technologies like drones can be, and given that the government hasn’t exactly proven its commitment to respecting and protecting our privacy – Snowden, anyone? – it is more than reasonable for the public to expect police to be fully transparent when it wants to use surveillance technology.

Which is why it’s so unbelievable that Alameda County Sheriff Jim Ahern would blatantly flout the public this week by springing the news he’d spent nearly $100,000 to buy two drones that he intends to start using once he gets approval from the Federal Aviation Administration, which is expected to come next year.

Two years ago, public sentiment was clear when Ahern attempted to secretly use federal grant money to buy a drone: citizens flooded board of supervisors meetings, concerned about the impact a drone would have on their privacy, and angry the sheriff would make a decision to unleash a drone on the county without bothering to first engage the public in a discussion.

And now, after subsequent revelations of warrantless mass surveillance by the NSA have only hardened the public’s opposition to law enforcement’s pleas to “just trust us,” Ahern announces he’s bought not one, but two drones anyway.

And, says Ahern, we all should just be appreciative he took the time to even tell us.

In America, when policies are being considered that have significant implications for our fundamental constitutional rights, the public – and the civilian policymakers elected to represent the public – should have the opportunity to weigh in.

Communities must be allowed to make thoughtful decisions about whether to use surveillance technologies like drones before they are ever acquired. And people deserve to know why law enforcement wants to use a drone or other surveillance device, how it intends to use it and, most importantly, what safeguards and accountability mechanisms are in place to ensure the technology isn’t used in a way that violates our rights.

That’s why the ACLU of California last month released a model ordinance that cities and counties should consider adopting that would help ensure transparency and accountability. The ordinance was the center of a wide-raging report aimed at helping policymakers ask all of the right questions when law enforcement proposed using surveillance technology.

Will Matthews is a Senior Communications Officer with the ACLU of Northern California.