Secret Use of Stingrays by Government Agencies Cause for Alarm 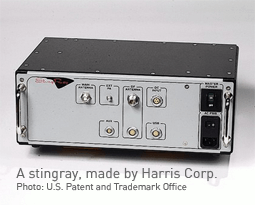 Last week, we released Making Smart Decisions About Surveillance: A Guide for Communities to help communities assess whether surveillance made sense going forward. At the same time, we examined the State of Surveillance in California [interactive map] to see what’s actually happening right now. In doing the latter, we ran up against one of the biggest roadblocks to making informed community choices about surveillance: all too often, there is very little public information about what’s actually happening.

Nowhere is this as obvious as in the case of IMSI catchers, AKA “Stingrays.” Government agencies, apparently at the behest of federal officials, have gone to extraordinary lengths to keep information about these ”fake” cell towers from public view, going so far as to force their way into an apartment without a search warrant to avoid telling a judge they had used a Stingray to locate a suspect and sending U.S. Marshalls to seize records held by local police to avoid their release under a public records act request. On Monday, a police detective in Baltimore cited a non-disclosure agreement as the reason why he couldn’t tell a judge about his likely use of a Stingray to track the location of a robbery suspect via the suspect’s phone.

Despite this, there is increasing evidence that Stingrays are being used in California. We found concrete evidence that at least 11 local law enforcement agencies are currently using Stingrays— even though our research suggests that not a single one of those uses was accompanied by substantive public debate (i.e. more than an item on a consent calendar) or has a publicly-available use policy that spells out how and when it is used. And it’s almost certain that there are more whose existence we were unable to uncover. We’ll update our research as more information becomes available.

But the most important thing we can do to fight against surveillance without democratic input is to make sure it stops now. That means reminding your city councilmember or county supervisor that you — and your entire community — deserve a voice in any decision about surveillance (and maybe even encouraging them to pass our model ordinance to make sure you do). It means reminding law enforcement that their primary responsibility is to you, not to the company selling them the next great gadget. And it means taking a careful look at the costs and risks as well as benefits of surveillance technology in your community. Because Stingrays and other surveillance tools that are used without transparency, accountability, and oversight are not very likely to help your community if they undermine the democratic principles on which it is based.

Chris Conley is the Technology & Civil Liberties attorney with the ACLU of Northern California.