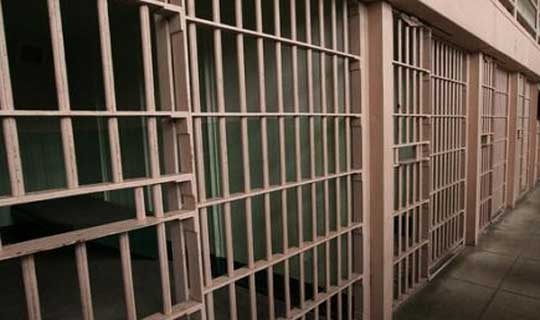 This year the California Legislature can take another step toward ending a shameful chapter in the state’s history—coerced sterilization of its most vulnerable residents. Acting on eugenics impulses to reduce child-bearing by those the state deemed unfit to be parents—primarily institutionalized people, people of color, immigrants, low-income people, and people with disabilities—California sterilized over 20,000 individuals between 1909 and the 1970s. The Legislature repealed California’s sterilization law in 1979 and issued an apology in 2003, but unfortunately that did not mean coerced sterilization had come to an end in the state. Indeed, last year an investigative report revealed that women incarcerated in California’s prisons were still being targeted for sterilization, despite a policy that supposedly prohibited it.

A bill now making its way through the California Legislature—SB 1135, by Senator Hannah-Beth Jackson—is designed to ensure that incarcerated people are no longer subjected to coerced sterilization in California. If passed, it would prohibit sterilization for the purpose of birth control for people who are incarcerated, while allowing it when medically necessary to treat a diagnosed condition. For women behind bars and Justice Now, the organization working with them that has long championed this issue, SB 1135 will create an essential safeguard to reproductive freedom and dignity, one necessitated by the inherently coercive nature of the prison environment.

Issues relating to contraception and reproductive freedom are at a boiling point at the moment, in the wake of the Hobby Lobby Supreme Court decision that permits corporations to deny employees health insurance coverage for contraception if it goes against the employers’ religious beliefs. Writing for the majority in that case, Justice Alito made clear that the ruling applied only to contraception. Immunizations and other health measures that some religions object to would, he suggested, be treated differently because they had a legitimate public health purpose. The fierce dissent by Justice Ginsburg and the outrage that met the decision demonstrate just how out of touch the majority of the Supreme Court is with the overwhelming majority of the population—99% of women use contraception.

In fact, family planning was one of the major public health achievements of the 20th century, according to the CDC. Having access to contraception gives women the freedom to control our reproductive destinies—to decide whether and when to have children, and to determine the family size that works for us and our partners. This has led to incredible health, education, and professional gains for women. Our access to contraception should not be limited by our boss’s religion—or by anything else.

But just as a commitment to reproductive freedom and justice means fighting to ensure access to contraception for everyone, it also means fighting to ensure that all women can have children if we want to. As was made clear by a prison doctor who said that that the money spent by California on the sterilization of incarcerated women was minimal “compared to what you save in welfare paying for these unwanted children – as they procreated more,” the motivation for sterilizing these women was eugenics, not health care.

Given the permanent nature of sterilization and its ongoing abuse in California prisons, SB 1135 is the right solution for today. But it also calls upon us to redouble our efforts to make sure that the promise of family planning is kept—that all women, including those behind bars, can control our own reproductive destinies, availing ourselves of contraception when we want it and foregoing it when we don’t. It’s not the boss’s business, it’s not the prison’s business. It’s our business.

You can also send him this tweet: .@mikegatto Help protect the reproductive freedom of people behind bars. Support SB 1135! #reprojustice

Phyllida Burlingame is the Reproductive Justice Policy Director at the ACLU of Northern California.