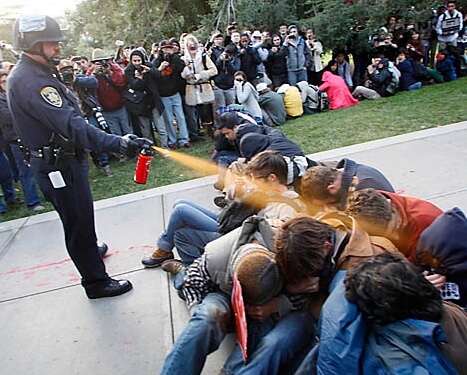 UC Davis students filed a federal lawsuit over the University's treatment of protesters during a demonstration in which campus police doused seated protesters with pepper spray. The lawsuit seeks to determine why the University violated the demonstrators' rights and seeks better policies that will prevent repetition of such response to a non-violent protest. "When the cost of speech is a shot of blinding, burning pepper spray in the face, speech is not free," said ACLU-NC staff attorney Michael Risher. 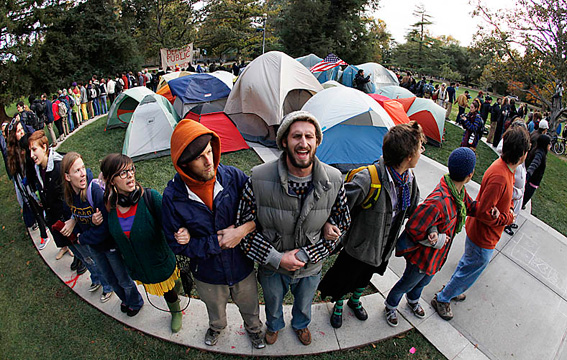 Fatima Sbeih was riding her bike after afternoon prayer, when she came across a large crowd of demonstrators, onlookers, and campus police in riot gear gathered on the Quad at UC Davis. She joined them, sitting down on the Quad to show that she was demonstrating non-violently. Seated near her was David Buscho, a Mechanical Engineering student, participating in demonstrations for the first time. In a now infamous incident, UC Davis police walked up and down the line of seated protesters, including Fatima and David, dousing them with military-grade pepper spray in the face at close range.

Read about the case »