Surveillance Technology: It's Not Just About Snowden 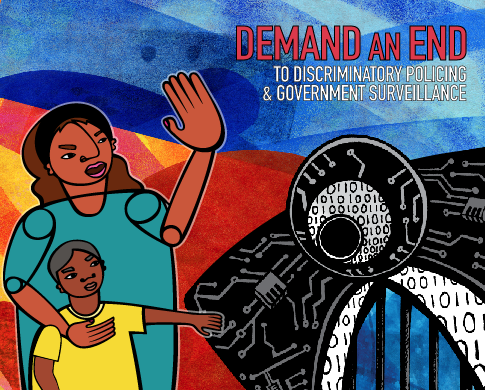 As privacy advocates, we are failing the people most impacted if we do not unapologetically center the voices and experiences of people of color and activists when we talk about surveillance. This was the takeaway from a panel I was part of at Netroots Nation 2015. The panel, “Stingrays, Drones, and Fusion Centers: Coming to a Police Department Near You?” discussed the ways in which high-powered surveillance technology is increasingly and quietly being integrated into our local law enforcement agencies, and the disparate impact this has on communities of color.

It is not surprising that Black Lives Matter activists have been under intense surveillance by the Department of Homeland Security since Ferguson. During the civil rights movement of the 60’s, COINTELPRO surveillance was an attempt to “expose, disrupt, misdirect, discredit, or otherwise neutralize” black leaders such as Dr. Martin Luther King, Jr. and Malcolm X. Surveillance programs like these are a direct attack and deterioration of the first amendment rights of people advocating for justice, equality, and for their lives.

While big federal surveillance programs like these shock the public and make news headlines, widespread and unwarranted surveillance is being employed in our cities and counties by local law enforcement as well, and with a disparate impact on communities of color.

Vast sums of money have been spent throughout California to equip local law enforcement agencies with surveillance equipment and, all too often, local and state governments vote to rubber stamp surveillance technologies that can do more harm than good. Without an informed public debate, that harm often disproportionately impacts communities of color even more so.

The ACLU of California’s 2014 report, Making Smart Decisions About Surveillance helps communities ask and answer the right questions about surveillance in order to shine light on these disparate impacts. It is a tool to ensure that community members have the opportunity to meaningfully weigh in on decisions about police and other government surveillance, and that policymakers address the negative impact of invasive surveillance and whether the money spent on surveillance would be better spent on much-needed community services.

The report also recommends an informed vote by elected officials and oversight, transparency, and accountability mechanisms such as a use-policy to guard against mission creep or civil liberties violations.

It was not until Edward Snowden revealed massive NSA spying programs that public opinion about privacy began to shift and more Americans started to speak out about their privacy rights. As a white person, sure, it creeps me out to know that the NSA had a program called LOVEINT in which NSA staff used their position to monitor and track their exes.

But for communities of color, surveillance is not just an invasion of personal privacy, it’s a tool for high tech racial profiling that can have disastrous and fatal consequences. In this context, the very word “privacy” is divorced from the real life, and death, experience of targeted communities. Let’s not forget that Sandra Bland was a Black Lives Matter activist before she was found dead in her cell after a violent arrest for not using her blinker to switch lanes.

As privacy advocates, we need to raise up the stories of how surveillance disproportionately impacts communities of color. Black Lives Matter activists shouldn’t have to storm the stage of a presidential town hall to demand that policy agendas center the experience of black people in this country. And real change won’t happen until we do.

Tessa D’Arcangelew is the Leadership Development Manager and an Organizer at the ACLU of Northern California.