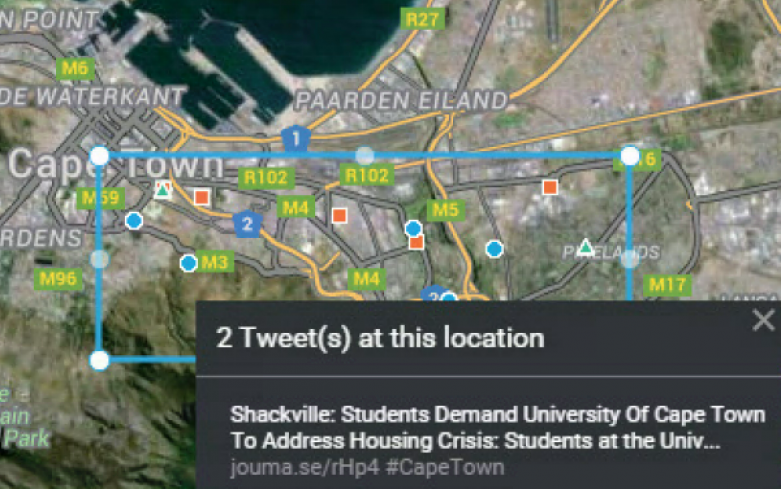 As of this week, Twitter has made sure that federally funded fusion centers can no longer use a powerful social media monitoring tool to spy on users. After the ACLU of California discovered the domestic spy centers had access to these tools, provided by Dataminr (a company partly owned by Twitter), Dataminr was forced to comply with Twitter’s clear rule prohibiting use of data for surveillance.

Twitter sent a letter to the ACLU of California this week confirming that Dataminr has terminated access for all fusion center accounts. The letter also makes clear that Dataminr will no longer provide social media surveillance tools to any local, state, or federal government customer.

We already know that government use of social media surveillance has expanded rapidly and has been used to target people of color and activists. Now Muslim and Latino community members are facing significant threats, important political and social activism is on the rise in areas across the country, and President-elect Trump is poised to hold the keys to the vast and powerful federal surveillance system. It has become more important than ever to protect against an expanding web of surveillance.

This Twitter and Dataminr announcement applies to all seventy-seven fusion centers (six in California alone) that are currently operating in states across the country. These domestic spy centers—local-state-federal partnerships that aim to collect and analyze vast amounts of information to connect the dots about “threats”—have a history of sweeping in constitutionally protected political, religious, and artistic activity. These spy centers also gather information about innocent people deemed “suspicious” by law enforcement – people like ACLU client Tariq Razak, a “male of Middle Eastern” descent who was waiting in a train station for his mother to use the restroom. 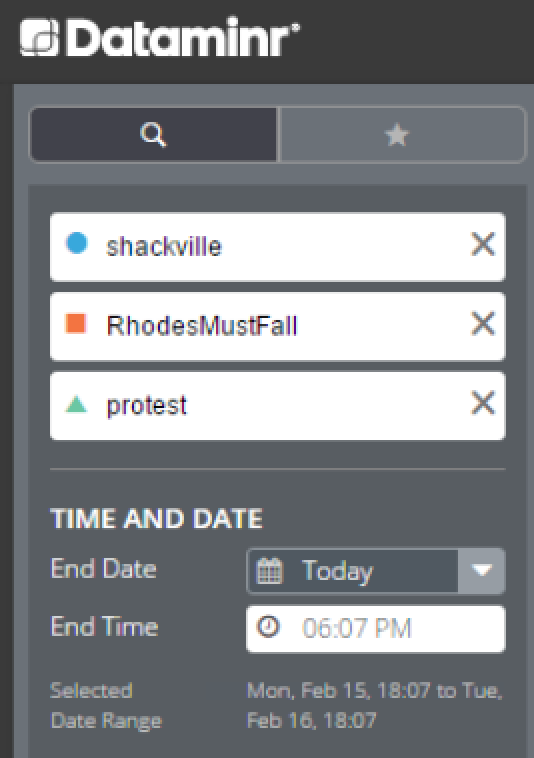 Through a public records request, the ACLU of California discovered that the Los Angeles area fusion center, JRIC, was using Dataminr and had access to the company’s powerful Geospatial Analysis Application that enables keyword searches and location-based tracking. Settings in the Geospatial App even allowed the government to focus on monitoring journalists and organizations. Using Dataminr, fusion centers like JRIC could search billions of real-time and historical public tweets and then potentially share information with the federal government.

In an email to the Los Angeles Police Department, Dataminr also highlighted how its products could be customized to track protests by drawing from the complete Twitter “firehose” of public tweets. In a separate brochure, Dataminr touted the Geospatial App’s use to surveil a student protest.

As Twitter’s letter explains, the company took action to ensure that Dataminr complied with its long-standing policy against use of data for surveillance, which they recently publicly reiterated to developers.

Dataminr has now committed that it will not provide government customers with data access or features that allow for “any form of surveillance.”

As Twitter’s letter notes, a Dataminr news alert service will still be available to law enforcement and organizations supporting first responders. The ACLU of California will be watching to ensure that this service is not being used for surveillance – and that Dataminr and any other company with access to social media data are properly respecting privacy and civil rights.

Twitter’s action is an important step to protect users. But social media surveillance is just a piece of the surveillance puzzle. Companies and communities will need to take further steps in the months and years ahead to build in much stronger transparency, accountability, and oversight for government surveillance and make sure that rights are properly protected.

Nicole Ozer is the Technology and Civil Liberties Policy Director at the ACLU of California.