Who's the Most Powerful Elected Official Most Voters Have Never Heard Of? 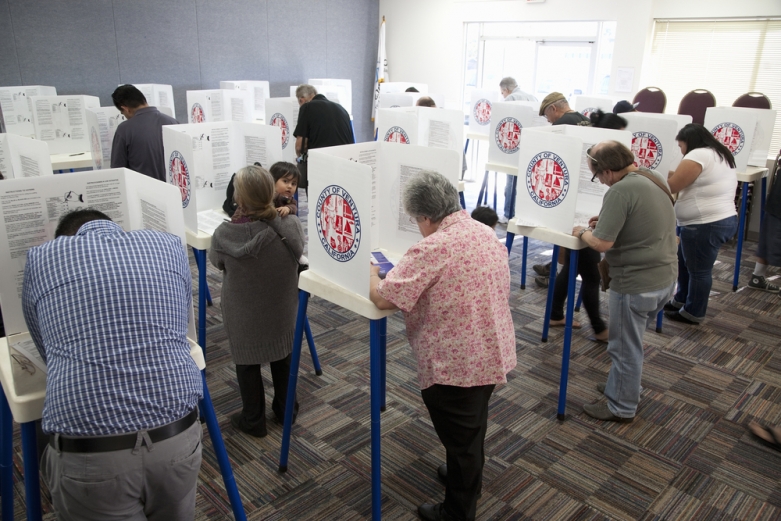 Every four years, the U.S. explodes into a frenzy with coverage and commentary about the next President of the United States. You literally have to be hiding under a rock right now not to be bombarded with Clinton, Sanders, and Trump coverage.

And I get the hype. The next President’s policies and politics will set a course for the entire country. But another, often overlooked, elected official has an equally powerful impact on our lives.

In 2018, voters across the country will have the chance to select the most powerful elected official most voters have never heard of: their District Attorney.

All 58 counties in California have a District Attorney, or ‘DA’ whose job is to “speak for the people” in the criminal courts. The DA’s primary duty is to promote safety of all communities by prosecuting those who break the law.

DAs carry a tremendous amount of discretion, a power that affords them far-reaching control over the outcomes of criminal cases. They decide when and how to charge someone with a crime, when to offer a plea to a lesser charge, and what terms to offer in a plea bargain. These critical decisions often determine the outcome of the case, essentially making these powerful criminal justice players both the prosecutor and the judge.

Not only do many voters fail to realize that DAs are even electable, most have no idea how DAs go about making crucial decisions about local law and order. That’s because critical prosecutorial decisions are made in a “black box” of secrecy. Time and time again, the courts and legislatures have been unwilling to create systems that act as checks to DAs’ immense power and ensure that it is not being abused.

Even the internal policies and practices of DAs’ offices around California are often kept hidden from public review, because in the minds of prosecutors, unveiling these would interfere with prosecutorial and law enforcement function. In addition, there is very little data related to critical decisions that prosecutors make, like charging decisions, plea deals, and use of enhancements.

This black box of secrecy means that prosecutors are allowed to use their immense power with effectively zero oversight.

Convict at all costs?

Often, the only thing the public knows about a prosecutor is how many people they’ve convicted. And prosecutors operate in what has become a toxic culture that prioritizes securing a conviction over truth and justice. This “win at all costs” mentality is often boasted about in campaign season, where DA candidates espouse high conviction rates as the reason why they should be elected.

While a high conviction rate may be one measure to evaluate DAs, is it the only thing that matters?

It’s up to us, the voters, to decide what type of DA we want representing us in the criminal courts. And it’s up to us to make sure our elected DAs are measuring up.

What a difference a DA makes

The current landscape of zero accountability has led to three very troubling outcomes for California:

1) An epidemic of prosecutorial misconduct that has resulted in wrongful convictions and unnecessary and unfair over-charging;

2) Excessive use of felony charges and enhancements, which is perhaps the greatest contributor to our overpopulated prisons; and

3) Extreme racial disparities in who is sent to state prison and for how long.

Fixing these systemic problems is possible, but in order to do so, we must begin to break into the black box of prosecutorial decision making.

Voters have the power to act as a check to prosecutorial discretion and elect prosecutors who are open to smart reforms. DAs should be working to keep all communities safe and end our overreliance on incarceration as the catch-all tactic to address crime.

To get there, we must work together to transform our stagnant democracy into a well-informed, engaged, and powerful electorate ready to ensure their DAs are truly working to advance safety, justice, and rehabilitation.

That’s why the ACLU will be working hard over the next two years to ensure that before the 2018 election, California voters have the information they need to hold their DAs accountable to real change.

Ana Zamora is the Criminal Justice Policy Director with the ACLU of Northern California.