Why I am Afraid of the Bathroom 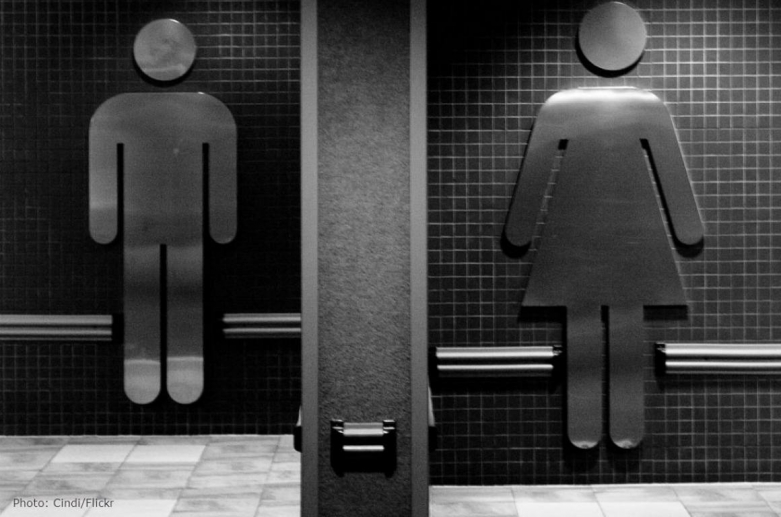 As a transgender person, I don’t take small things for granted. I appreciate the store clerk who calls me “sir,” my colleagues who don’t struggle with my name or pronouns, and most important to my daily routine, I appreciate every uneventful trip to and from the bathroom.

To cisgender (non-transgender) people, going to the bathroom is a small thing, a normal and thoughtless part of their day, as routine as breathing air. To me, many other trans people, and anyone who doesn’t fit rigid norms of masculinity and femininity, just locating a bathroom  where we will be safe causes anxiety, fear, and takes a great deal of time and effort.

There is widespread fear about trans people being able to go to the bathroom like everyone else does. Fear of how we might be different. Misinformation that somehow letting us go to the bathroom will make other people unsafe. Though there is no data to support that fear, there is data to show that trans people continue to be bullied, harassed, and worse just for simply existing.

Efforts to legalize this discrimination towards and harassment of trans people through  so-called “bathroom-bills” have taken center stage in state legislatures in places like Massachusetts, Florida, Texas, Kentucky,Missouri, Arizona, and Nevada. These bills would not only fine trans people for using the restroom (up to a $4,000 dollar fine included in a recent California ballot initiative), but also criminalize and potentially send trans people to jail. We face fear, anxiety, and violence just by existing each day and these bills encourage further harassment and violence, attempting to legislate us out of public spaces.

When something as necessary and basic as going to the bathroom becomes the subject of ballot campaigns, school board meetings, and legislative battles, the message that we get is clear:  You cannot exist, you are not people. This violent message is often amplified for trans people of color, trans people living in poverty, and trans people with disabilities. By making it so difficult for trans people to use the bathroom safely, our very existence is challenged, resisted, and suppressed.

Thankfully, even with the rise in vitriolic anti-trans campaigns, there are stories of love and resistance to counteract them. This week, NBC Nightly News is aired a special on transgender children who are loved and supported by their families.  Laverne Cox was recognized in People Magazine’s 50 most beautiful people and Janet Mock announced that she will be sitting down with Oprah to discuss her New York Times best-selling memoir, “Redefining Realness.”

Trans people are beautiful and brilliant and deserving of love, like everyone else.  We need to send that message to the young trans people when they hear their state governments are trying to take away their rights and their abilities to live in the world.

Fortunately, many of the anti-trans bills that we saw this legislative session died in committees, or on their state legislature’s floor. But some damage was done just by the fact that they were introduced and trans people were sent the message that we don’t deserve to live safely or with dignity.

Stand with me and other trans people and support our right to exist and help tell the next generation of young trans people that they are loveable and beautiful and brilliant.

Using the bathroom is not a crime »

Carl Charles is a Skadden Fellow with the ACLU LGBT Project.