California’s Human Right to Water Unrealized in Many Communities

State law declares that everyone should have access to water for sanitary purposes, but report details large gaps in meeting sanitation needs 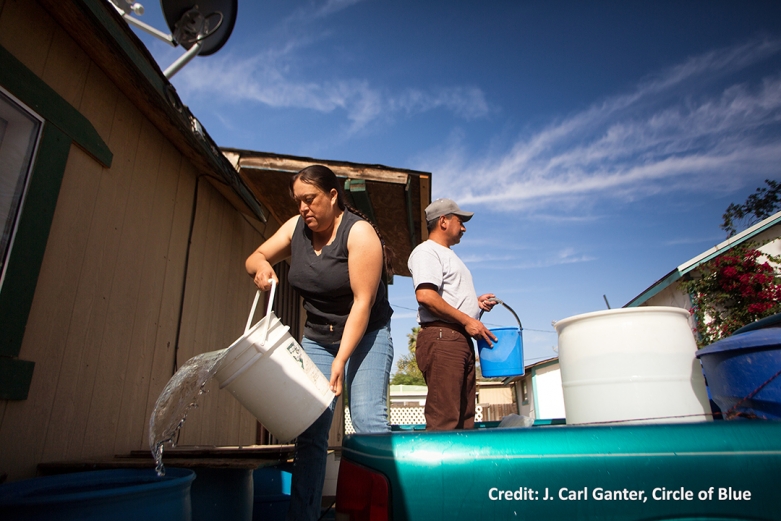 FRESNO — The ACLU Foundation of Northern California and the Pacific Institute today released a report detailing the lack of access to sanitation faced by many communities in California, despite the state’s recognition of a right to water for sanitary purposes.

The report, titled “A Survey of Efforts to Achieve Universal Access to Water and Sanitation in California,” highlights the legislative efforts that set the foundation for the human right to water, enacted into state law in 2012, and outlines some of the challenges currently facing residents and nonprofit organizations working to secure this right. It also provides recommendations to tackle existing and ongoing sanitation needs.

Low-income people who live in unincorporated communities frequently lack the most basic features of a safe and healthy neighborhood such as potable drinking water and sewer systems. Many of these households are not served by public water systems and don’t have access to basic sanitation infrastructure. These disadvantaged communities are largely home to people of color.

“Everyone should have access to water and we’re seeing that poor people in unincorporated communities are often forgotten,” said Kena Cador, an Equal Justice Works Fellow with the ACLU Foundation of Northern California. “Water is a basic human right that should not be affected by race, ethnicity, income, or geography.”

While resources for drinking water are often in the spotlight, the report calls for sanitation to be recognized as a basic and explicit need. Adequate water without sanitation is insufficient for preventing health threats, and all 58 counties in California need improved access to sanitation.

“Although California was the first state in the nation to recognize the human right to water, there is no comprehensive statewide assessment of sanitation needs,” Cador said. “In order to resolve the problem, we need programs and funding to address all water needs.”

The report is the first in a series on the human right to water in California.