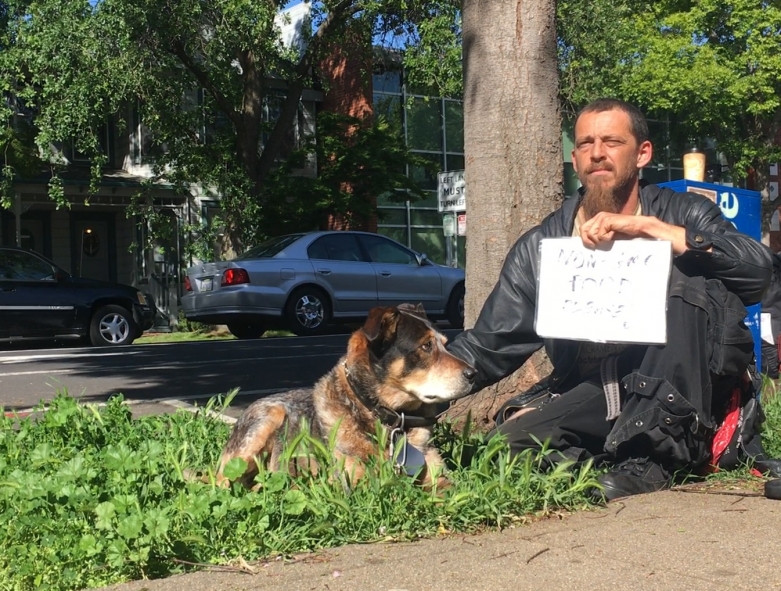 A motion for preliminary injunction was filed this morning on behalf of the Sacramento Regional Coalition to End Homelessness, the Sacramento Homeless Organizing Committee, and James “Faygo” Clark, a homeless activist and Sacramento resident.

The lawsuit alleges that the ordinance, which the Sacramento Police Department can choose to enforce at any time, violates people’s First Amendment rights by restricting protected speech.

“Not only is this ordinance plainly unconstitutional, it’s cruel,” said Laurance Lee, Staff Attorney for Legal Services of Northern California. “Criminalizing people when they ask for help is not a proper or effective response to poverty. In fact, it is a sure way to exacerbate poverty.”

“Whether you’re carrying a protest sign or a donation sign, the government does not have the right to punish you for the content of your speech,” said Abre’ Conner, Staff Attorney for the ACLU Foundation of Northern California. “The people of Sacramento are voicing serious and valid concerns about police conduct right now. In this critical moment, why is the City of Sacramento inventing new ways to criminalize people and increase police activity?”

The law in question, Ordinance No. 2017-0054, restricts the free speech rights of people in numerous public areas – including on medians, near shopping center driveways, and within 30 feet of public transit stops, financial institutions, and ATMs. Although the law is styled as an “aggressive and intrusive solicitation” ordinance, it criminalizes purely passive activity such as sitting peacefully on the sidewalk with a sign or a donation cup. Any person who violates the ordinance more than twice within six months can be charged with a misdemeanor – punishable by a fine of up to $1000, six months in jail, or both.

“This law actually makes it much more difficult for us to carry out our organizational mission, which is to prevent and end homelessness in and around Sacramento,” said Bob Erlenbusch, Executive Director of the Sacramento Regional Coalition to End Homelessness. “We’ve had to divert critical resources to prepare people to be fined and even arrested for the simple act of asking for help.”

“You can't make laws that criminalize what certain people can say or where they can say it,” said Paula Lomazzi, Executive Director of the Sacramento Homeless Organizing Committee. “This ordinance won’t be enforced against everyone equally. It’s not hard to imagine that the police will target people in poverty who are panhandling to survive, but won’t take a second look at a well-dressed person who forgot their bus change at home and needs to ask a stranger for a quarter.”

The case, Sacramento Regional Coalition to End Homelessness v. Sacramento, was filed in the Sacramento Division of the U.S. District Court for the Eastern District of California. The original complaint was filed on April 10, 2018, and an amended complaint adding the Sacramento Homeless Organizing Committee as a plaintiff was filed today.