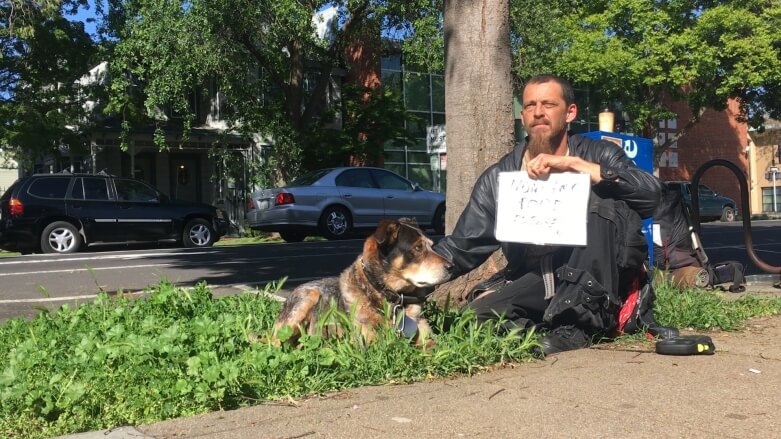 The law in question, Ordinance No. 2017-0054, gave Sacramento Police the authority to cite, fine, and even arrest people who are panhandling or otherwise asking for help or donations. The ordinance restricted the free speech rights of people in numerous public areas — including on medians, near shopping center driveways, and within 30 feet of public transit stops, financial institutions, and ATMs. Although the law was styled as an “aggressive and intrusive solicitation” ordinance, it criminalized purely passive activity such as sitting peacefully on the sidewalk with a sign or a donation cup. Any person who violated the ordinance more than twice within six months could be charged with a misdemeanor — punishable by a fine of up to $1000, six months in jail, or both.

On July 19, a federal judge issues a preliminary injunction, halting the City of Sacramento's anti-panhandling ordinance.

The case was filed in the Sacramento Division of the U.S. District Court for the Eastern District of California.

Plaintiffs' Reply in Support of Motion for Preliminary Injunction