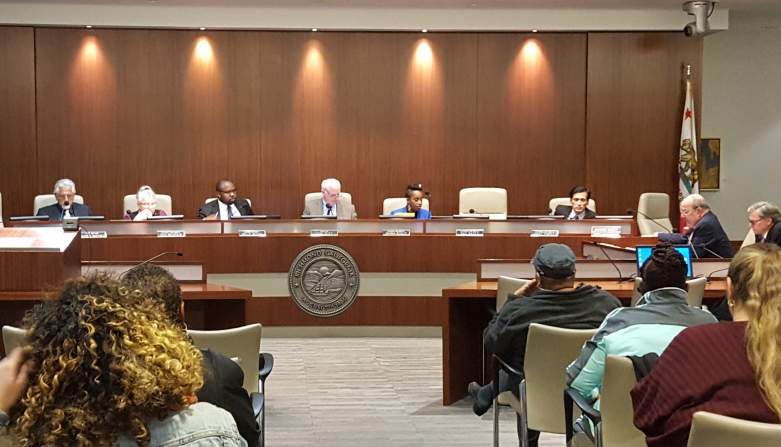 The Richmond City Council last night voted to approve a “Fair Chance Access to Affordable Housing” ordinance to protect the rights of people who are re-entering society and find themselves excluded from housing opportunities because of their criminal record.

On December 5, 2016, a coalition of organizations including the ACLU of Northern California, Safe Return Project, the National Housing Law Project, and Reentry Success Center sent a letter urging the council to adopt the ordinance.

“Stable housing is important to the successful rehabilitation of people who are re-entering society. Many people in Richmond face blanket bans excluding them from low income and traditional rentals, intentionally making it clear that they are not welcomed,” said Tamisha Walker, Executive Director of the Safe Return Project. “People who have returned home from incarceration are our family, friends, and neighbors. Those who are coming home and have worked hard to rebuild their lives deserve stability, just like the rest of us. They should be given a chance to access low-to-moderate income long-term housing, allowing them and their families to be safe and settled.”

“Formerly incarcerated individuals and those with criminal records face lifelong barriers against basic necessities and fundamental civil rights,” said Nayna Gupta, Racial Justice Project Fellow, ACLU of Northern California. “We know that “blanket bans” and other similar housing restrictions have an especially discriminatory effect against African American and Latino rental applicants, because of the impact of racially biased policing and prosecutions in the criminal justice system. This new ordinance will provide all applicants with criminal records a fair chance at realizing their civil right to safe and secure housing.”

“Affordable housing is critical for our members; nearly fifty percent are homeless and searching for a safe place to call home,” said Nicholas Alexander, Director, Reentry Success Center. “Even with steady employment and repaired credit, many people cannot secure housing because of criminal convictions that are decades old. Publicly subsidized systems should not prevent people from attaining basic needs like housing and expect them to succeed economically. The Fair Chance Ordinance in Richmond replaces this broken system with opportunities for success.”

"At BayLegal, we routinely see families denied housing due to a criminal record. For these clients, discrimination acts as a huge barrier to housing,” said Ann Surapruik, Staff Attorney, Bay Area Legal Aid. “Many of our clients have overcome significant trauma, disabilities, and hardships with great strength and personal growth. But when applying to housing, any conviction will result in a denial, and housing providers fail to look behind the conviction and consider a person's individual circumstances and rehabilitation. The Fair Chance Ordinance will make a big difference in addressing these barriers."

Adoption of the Fair Chance Access to Affordable Housing Ordinance makes Richmond one of only a handful of cities nationwide, including San Francisco, to take steps in affordable housing policy to support a smooth reentry and reintegration process for those returning home after incarceration. Other cities that have adopted similar legislation include Urbana, Illinois; Newark, New Jersey; Seattle, Washington; and Madison, Wisconsin.