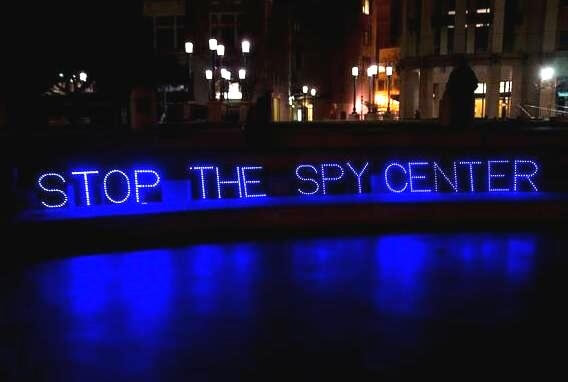 Like many Americans, I was stunned when Edward Snowden blew the whistle on the NSA. When his revelations about massive government surveillance hit the front pages in June 2013, my first thought was, “How could this happen?”

At that point, I didn’t yet know that my own city of Oakland had futuristic surveillance problems of our own. By mid-2013, the city had quietly embarked on a path towards building a city-wide surveillance network called the Domain Awareness Center (DAC), comprised of over 700 cameras throughout schools and public housing, facial recognition software, automated license plate readers (ALPRs), and 300 terabytes of storage for all the data they anticipated collecting on Oakland residents.

I read about plans for the DAC several months after the Snowden revelations, in an East Bay Express cover story. In a twist of fate, a little sidebar to the cover story mentioned that a newly formed coalition called the Oakland Privacy Working Group would meet the very next day, so I showed up to see if I could help.

Over the course of the next three months, we organized to pump the breaks on the DAC project. We brought together a coalition of local groups to speak out about civil liberties concerns. We educated the city council on the DAC’s potential capabilities and ability to do real harm. And we flooded the City Council chambers with people demanding a voice in how law enforcement uses surveillance technology in our community.

While additional Snowden revelations hit the news during this time, Oakland’s history also played a critical role in illustrating what was at stake. Home to the Black Panthers, Oakland has seen firsthand the power and damage that government surveillance can do to social justice movements. And it is no secret that the FBI worked with the Oakland Police Department to surveil and infiltrate both the Panthers -- and more recently, Occupy Oakland -- to great and harmful effect.

Ultimately, we were successful in dramatically scaling back plans for the DAC. In early 2014, the Oakland City council confined the DAC’s surveillance capabilities to only the Port of Oakland. They also mitigated our more serious civil liberties concerns by prohibiting the DAC’s use of facial recognition software and other analytics, automated license plate readers, and eliminating retention of any data. The council also created an ad hoc citizens committee to draft a privacy policy that would govern the remaining pieces of the DAC. It was the first such body in the country to have this responsibility.

This committee later became Oakland’s Privacy Advisory Commission, which I chair and which serves as an advisory body to the Oakland City Council.

We are now working to create a surveillance equipment ordinance that will promote greater community control over law enforcement’s procurement or use of surveillance equipment, by requiring a meaningful informed discussion at the beginning of the process, not after the fact like with the DAC. By requiring transparency in this process, the community will have the ability to weigh in on appropriateness of the equipment and its specific uses. By requiring impact reports pre-approval, and continuing annual reports for approved projects, our elected leaders can make informed decisions and determine if benefits outweigh the concerns.

As law enforcements trends towards use of predictive policing by algorithm, it is important to remember that use of surveillance equipment is never applied equally throughout the community. Data from Oakland’s use ALPRs, for instance, shows that ALPRs are used disproportionately in lower income neighborhoods, even when a given neighborhood doesn’t have a higher rate of vehicle crime. This trend tends to be consistent in Oakland regardless of the equipment type. Shotspotter microphones are placed mostly in West and East Oakland, where a majority percentage of the residents are people of color. As these communities face over-policing, enforcement statistics necessarily increase in those neighborhoods. As this data is fed into predictive policing models, the models encourage more policing to be sent to these neighborhoods, because “that’s where the crime is occurring.” It’s a vicious feedback loop that encourages civil rights and civil liberties violations, distrust of our police department, less witness cooperation, and little to no demonstrable public safety benefits.

Oakland’s reliance on federal grant money to fund its police department has reduced local control. The work of Oakland Privacy, as we now call ourselves, and our coalition partners, is intended to regain control of our own police department, and to determine what surveillance equipment uses, if any, are appropriate for use in Oakland.