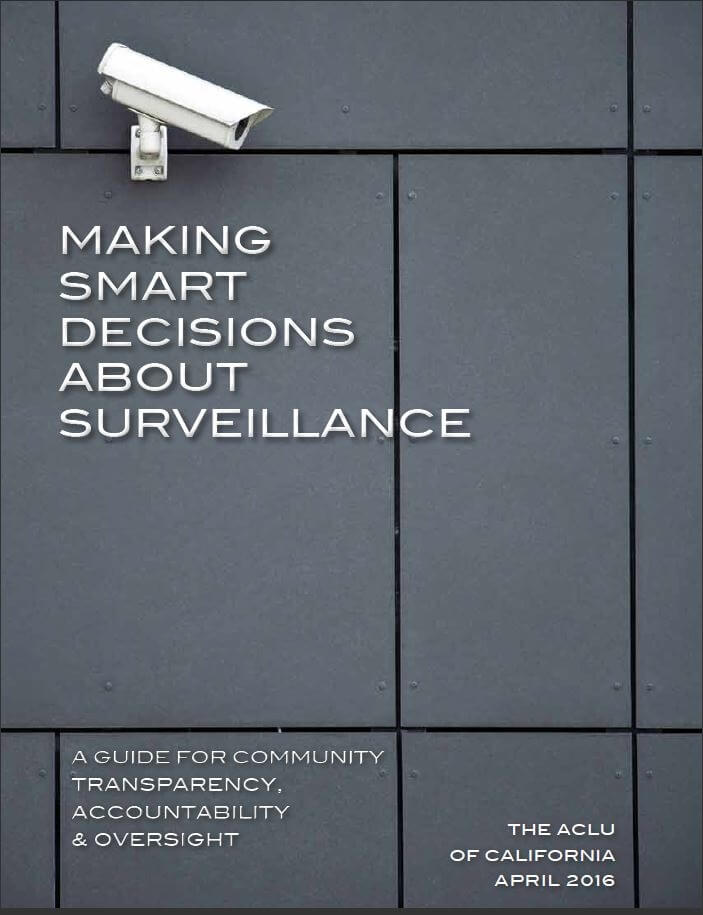 Surveillance is on the rise in our communities, but basic transparency, oversight, and accountability remain the exception, not the rule. Police are spending billions of dollars on very sophisticated and invasive surveillance technology from license plate readers and cell phone trackers to facial recognition and drones. Too many of these programs are moving forward without public conversation, careful consideration of the costs and benefits, or adequate policies in place to prevent misuse and protect rights.

As a result, surveillance may enable high-tech profiling, perpetuate systems of abusive policing, and undermine trust in law enforcement, particularly in communities of color where police misconduct has been rampant and community relationships have been strained. It’s time for change.

Communities must be equal partners in any decision about the use of surveillance technology. They need to know when and why surveillance is being considered, what it is intended to do, and what it will really cost — both in dollars and in individual rights. They need to be certain that any proposal includes strong mechanisms for transparency, accountability, and oversight.

This guide provides a step-by-step framework to approach surveillance proposals, properly evaluate their true costs, and develop policies that provide transparency, oversight, and accountability. It also includes dozens of case studies highlighting smart approaches and missteps to avoid. The guide concludes with model language for policymakers to adopt to make sure the right process is used every time a surveillance proposal is considered.

Activists and advocates speak out in Fresno, Oakland, & Santa Clara