Sandra Bland's Only Crime: She Knew Her Rights 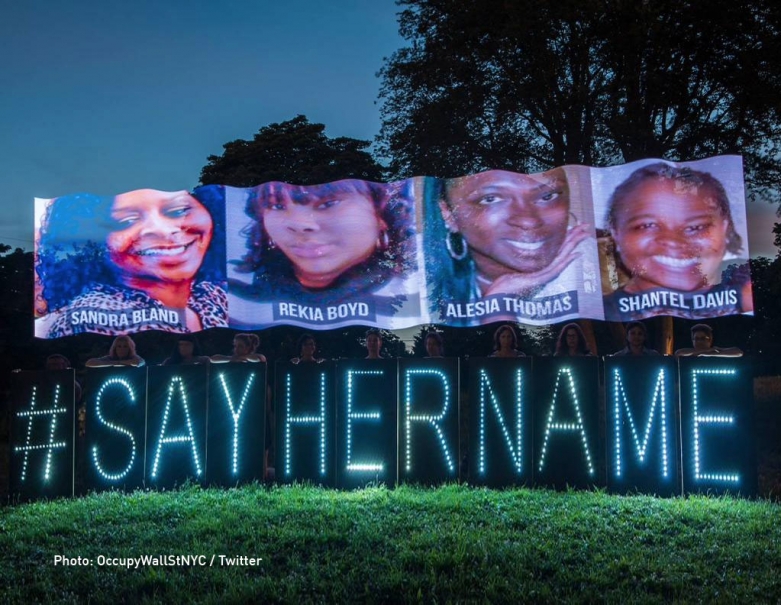 Sandra Bland had a constitutional right to give her arresting officer the middle finger. She could have even told him to f*** off.  Nothing in the law prevented her from being rude.

The ACLU has long fought for the First Amendment right to express disagreement or even anger towards government officials, including police officers. And yet, when it comes to educating communities of color about their rights during interactions with the police, it would be irresponsible to ignore the harsh reality that openly asserting rights could lead to arrest or consequences much worse. Indeed, in our Know Your Rights guide we say: “Don’t disrespect the officer. Although you have a constitutional right to do so, it could lead to your arrest.”

This advice is not based on the law, but on the realities of decades of negative police interactions in communities of color. The media is filled with stories of racial biases and discriminatory treatment that infect police departments. Seemingly every day we learn of another police officer who has abused power without consequence. As multiple studies confirm, people of color are disproportionately stopped, frisked, searched, arrested, and victims of excessive use of force.

But the racial bias and other problems that infect police departments are not just issues in places like Prairie View, Texas, and Ferguson, Missouri. In fact, California leads the nation in police-involved killings—648 nationwide this year, with 115 from California. In San Jose, although Black and Latino residents are a third of the population, they represent nearly two-thirds of individuals stopped.

And here in San Francisco, a Black resident is seven times more likely to be arrested than a white resident. Recently released text messages between SFPD officers, including explicitly racist and homophobic messages, confirm a culture of racial bias that people of color in San Francisco have complained of for years.

The unfortunate fact is that in communities of color interactions with the police sometimes lead to the most tragic consequences. And when they do, the costs for the individual tend to be high and the penalties for officers, low (to date only four police officers have been charged for on-duty shootings in 2015, out of over 550 fatal shootings).

So, it’s no surprise that even as a staunch free speech advocate, we tailor our message to inform communities of color of their rights within context of the dangers posed by the status quo.

But Sandra Bland didn’t follow the conventional advice. She wasn’t deferential and she wasn’t obsequious.  She exercised her First Amendment rights and in doing so, objected to the status quo. In response, the police officer stopping her pulled out a taser, yanked her from the car, assaulted and then arrested her.

But reducing Sandra’s tragic story to a cautionary tale about the risks of talking back to police officers misses the point. Advocates for civil rights and civil liberties shouldn’t have to tell people of color that the best way to protect themselves from police brutality and state violence is to act deferentially. Or, that when it comes to the police, it’s safer to forgo constitutional rights. After all, the freedom to verbally challenge police action without the fear of arrest is what distinguishes a free and democratic society from a police state.

Expecting communities of color—who usually have negative and painful lived experiences with law enforcement—to show deference unfairly places responsibility on the wrong party. Rather than wait for another local tragic story or shocking video, we must take affirmative steps to address racial bias in law enforcement here in California.

For example, AB 953 is a bill in the California legislature to combat racial and identity profiling. The proposal requires that California law enforcement agencies collect data on stops, frisks, and other police interactions. ACLU of California also recently launched Mobile Justice CA, a mobile app to make injustice visible by empowering community members to easily film interactions with officers.

But these small steps towards increased accountability are hardly enough to fundamentally shift the status quo. Ultimately, police departments must also contribute to a cultural shift in how police officers interact with communities of color. Police chiefs and officers must take a lead not only because communities of color are worthy of fair policing, but also because police legitimacy in a democratic society like ours depends on it.

Nayna Gupta is the Racial Justice Fellow at the ACLU of Northern California.