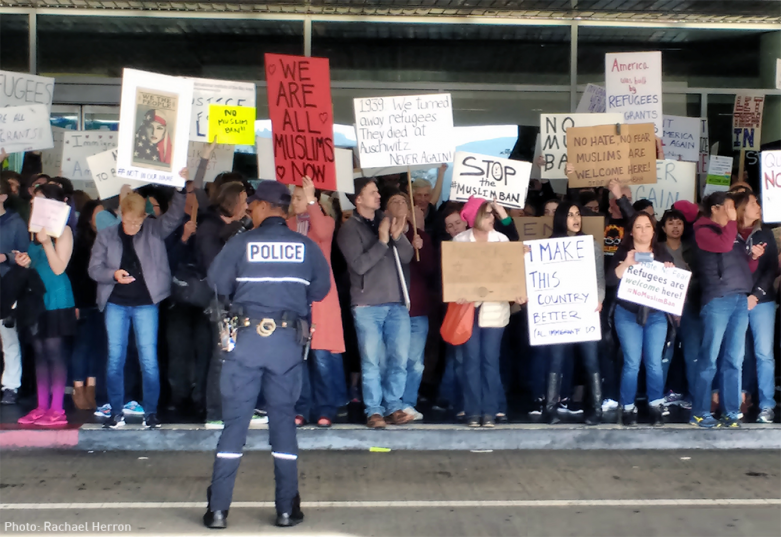 The new executive order banning the issuance of visas to people from certain majority-Muslim countries is based on the same religious animus that animated the administration’s first attempt at a Muslim ban. The President’s decision to exclude visa holders from the new executive order confirms the preliminary holdings of numerous courts, as well as our assertion in Al-Mowafak v. Trump: the previous executive order was unconstitutional.

Our constitution does not tolerate government preference of certain religions over others, and the people who suffer from religious discrimination include American citizens and residents of all faiths. The ACLU and the law firm of Keker, Van Nest & Peters, LLP, will amend the lawsuit we filed to challenge the original travel ban to challenge the new ban. We will continue to assert the rights of Americans who seek to associate with visitors from the banned countries as well as those whom this Order seeks to exclude.