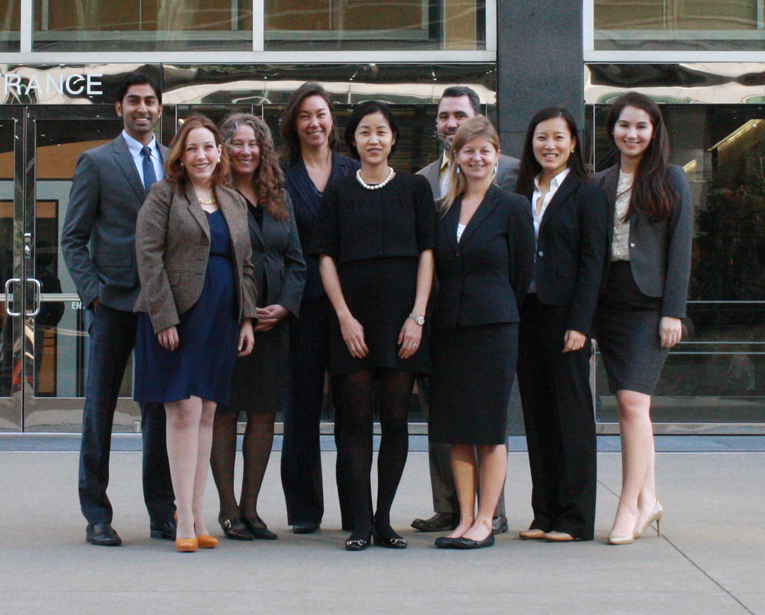 The American Civil Liberties Union of Northern California (ACLU-NC), Lawyers' Committee for Civil Rights of the San Francisco Bay Area (Lawyers' Committee), and Wilson Sonsini Goodrich & Rosati (WSGR) filed the case* in 2011 against the Department of Homeland Security (DHS), U.S. Immigration and Customs Enforcement (ICE), and the Executive Office for Immigration Review on behalf of adult immigration detainees who, prior to the litigation, had been unnecessarily and painfully shackled at the waist, wrists, and ankles in every hearing before the immigration court, regardless of individual circumstances.

“In addition to securing fairer hearings for detained immigrants in northern California, we expect U.S. immigration officials will now think twice before shackling immigration detainees for their court hearings elsewhere in the country,” stated Julia Harumi Mass, Staff Attorney with the ACLU of Northern California.

Under the settlement, individuals appearing for bond or merits hearings will no longer be shackled absent an emergency situation.  Only those appearing for mass hearings, known as “master calendar” hearings, on the court’s detained docket will have to wear restraints.  Even in these hearings, individuals will be given the opportunity to request that their restraints be removed or at least reduced if they are suffering from a physical, psychological, or medical condition that would prevent the application of restraints in a safe and humane manner.

The case is also a model for litigation and policy across the United States that sets a new standard for government treatment of individuals held in custody pending their immigration cases.

The practice of shackling individuals for life-changing deportation hearings is particularly problematic for asylum seekers and immigrants who had suffered torture, persecution, and domestic violence in the past.

“It was painful and I felt that I was being treated like a violent criminal.  I have plastic and steel plates in my knees, legs, and feet as a result of an old injury, but even after I asked to have the shackles removed to ease the pain, I was still shackled at the ankles and wrists and had my wrists chained to another chain tied around my waist,” recalled Ms. Abadia-Peixoto.

Another plaintiff in the case, who had developed permanent nerve damage, also due to a previous injury, experienced intense pain when he was shackled for his immigration court appearances.  Neither of these plaintiffs had a history of violence or disruption in court; they would have posed no threat to the safety and security of the courtroom or threat of flight had they been allowed to appear without physical restraints.

“Individuals were subject to unnecessary physical and emotional pain as a result of immigration officials’ use of full shackles on all immigrants appearing before immigration court.  The practice was not only arbitrary and dehumanizing, but also undeniably unconstitutional.  Scores of individuals each day were systematically denied the fundamental right of freedom from physical restraint.  As this case makes clear, the Constitution requires due process before that right can be infringed,” stated Paul R. Chavez, Senior Attorney and Pro Bono Coordinator with the Lawyers’ Committee for Civil Rights of the San Francisco Bay Area.

“We are pleased that the government ultimately agreed to limit the inhumane policy and practice of shackling all detained immigrants appearing for bond or merits hearings in San Francisco.  But it doesn’t stop here – we will continue to monitor the implementation of the settlement agreement to ensure full government compliance,” said Catherine Moreno, Partner at Wilson Sonsini Goodrich & Rosati.