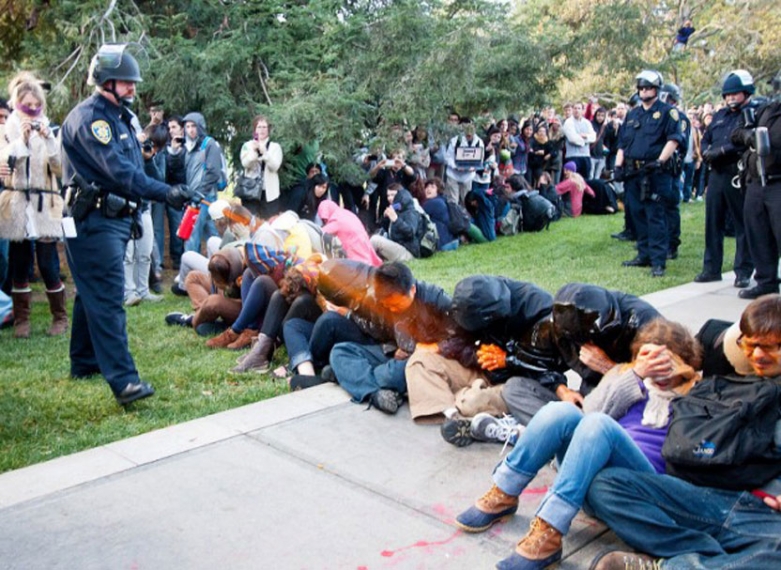 Twenty-one students and alumni filed a federal lawsuit on Feb. 22, 2012 against UC Davis over the University's treatment of protesters during a Nov. 18, 2011 demonstration in which campus police were caught on video dousing seated protesters with pepper spray.

The lawsuit charged that UC Davis administration officials set in motion a series of events that they should have known would result in constitutional violations against the demonstrators, and that they and the campus police department failed to properly train and supervise officers. The lawsuit notes that the University's response to seated student protesters amounted to unacceptable and excessive force that violates state and federal constitutional protections, including the First Amendment to the U.S. Constitution. A task force that the University created to investigate and analyze the official response to the protestors concluded that "the pepper spraying incident that took place on Nov. 18, 2011 should and could have been prevented."

The suit was filed in the U.S. District Court, Eastern District of California.

A settlement was announced on Sep. 26, 2012. The University agreed to pay $1million, including $730,000 to the named plaintiffs and others who were arrested or pepper-sprayed on Nov. 18. Additionally, the case has been expanded to a class action lawsuit, and a portion of the total award will be set aside to compensate individuals other than the named plaintiffs who were pepper-sprayed or wrongfully arrested on Nov. 18, 2011.

As part of the settlement, UC Davis Chancellor Linda Katehi will issue a formal written apology to each of the students and recent alumni who were pepper sprayed or arrested. The University will work with the ACLU Foundation of Northern California as it develops new policies on student demonstrations, crowd management, and use of force.

While the settlement must be approved by a federal judge before it is final, a judge granted preliminary approval of the settlement on Sep. 27, 2012.