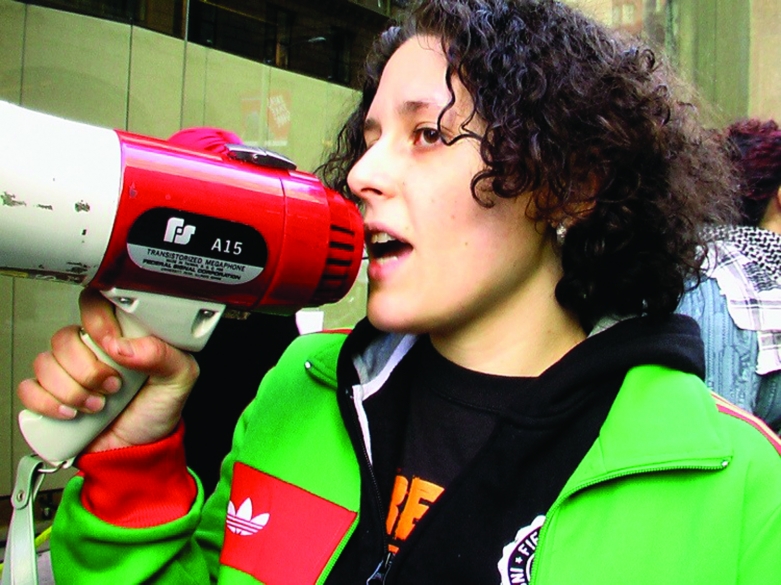 The ACLU Foundation of Northern California filed a lawsuit in federal court on Oct. 7, 2009 seeking to stop California's policy of mandating that DNA is collected from anyone arrested for a felony, whether or not they are ever charged or convicted. The policy is a result of Proposition 69, which was enacted by voters in 2004 and went into effect on Jan. 1, 2009.

Under this new law, people who are arrested for a felony must provide DNA samples that will be stored in a criminal database accessible to local, state, national, and international law enforcement agencies. Instead of being limited to serious, violent offenses, the new requirement even applies to victims of domestic violence who are arrested after defending themselves, people wrongfully arrested due to police misconduct, someone who has written a bad check, and people arrested during political demonstrations.

The law violates constitutional guarantees of privacy and freedom from unreasonable search and seizure, and because of the harmful impact on communities of color.

The suit, Haskell v. Brown was filed in the United States District Court for the Northern District of California in San Francisco. Paul, Hastings, Janofsky & Walker LLP is litigating the case with ACLU Foundation of Northern California on a pro bono basis.

On Oct. 30, 2009, the ACLU Foundation of Northern California filed a motion for a preliminary injunction, asking the court to stop the state from collecting, analyzing, and databanking DNA samples from Californians who have been arrested but not convicted of a crime.

In a disappointing ruling on Dec. 23, 2009, the court denied ACLU Foundation of Northern California's request for a preliminary injunction. The ACLU Foundation of Northern California has appealed that ruling. On Jan. 29, 2010, the court certified the case as a class action, and denied the government’s motion to dismiss the case. The lawsuit and advocacy for genetic justice continues.

The United States Court of Appeals for the Ninth Circuit heard the case on July 13, 2010. On February 23, 2012, a divided panel of the Ninth Circuit upheld the law. On July 25, 2012 the Court agreed to our request for the entire Court to rehear the case en banc.

After a sharply divided three-judge panel of the United States Court of Appeals for the Ninth Circuit upheld the District Court, the entire Court of Appeal took the unusual step of voting to rehear the case with a 9-judge panel. After oral arguments, the court issued an order saying it would not rule on the case until the U.S. Supreme Court decides a related issue in Maryland v. King.

In June 2013, the Supreme Court decided 5-4 that Maryland’s law is constitutional. That law, however, is much different that California’s, because it applies only to people arrested and actually charged with a very small number of extremely serious crimes and allows the police to use DNA samples only after a judge says that they can. California’s law, in contrast, applies to people arrested for crimes such as joyriding, simple drug possession, and shoplifting, and allows the police to collect and use a sample with no judicial or even prosecutorial oversight. The Ninth Circuit has ordered both sides to submit new briefs dealing with the King decision and will hear oral arguments in the case on Monday, December 9, 2013 in Courtroom One of the James R. Browning Courthouse, located at 95 Seventh Street in San Francisco.

On March 20, 2014 the Ninth Circuit issued a ruling sending the case back to the district court for it to address the effect of the Supreme Court’s decision in Maryland v. King on the important issues raised by the case. The Ninth Circuit said the district court should be the first court to review whether California’s DNA collection at arrest law is unconstitutional.

On December 3, 2014 the California Court of Appeal ruled in the Case People v. Buza that mandatory DNA collection of arrestees violates the California Constitution. The district court ordered a stay pending final resolution of state law.

ACLU Back in Court on Challenge to Mandatory DNA Collection

It's Your DNA... Or Is It? ACLU Suit Aims to Keep Your Genetic Blueprint out of the Government's Hands

What I Said in Court Today About DNA Privacy

Declaration in Support of Motion for Judicial Notice

ACLU Testimony on Familial Searching for the House Judiciary Subcommittee on Crime, Terrorism, and Homeland Security