On March 22, 2017, the ACLU Foundation of Northern California filed two claims with the federal government on behalf of two teenage sisters who were assaulted by a U.S. Customs and Border Protection officer.

In July 2016, the sisters — then 19 and 17— lost their way while traveling to the United States from Guatemala, and encountered CBP officers after crossing the Texas-Chihuahua, Mexico, border. They flagged down a car for help and were taken to a CBP field office in Presidio, Texas. Once there, the sisters were led by a federal officer into a closet-like room one at a time, told to remove all their clothes, and sexually assaulted.

The claims were filed under the Federal Tort Claims Act, which allows individuals to sue the federal government for monetary damages. Each claim seeks $750,000 in damages for the continued emotional distress each victim is suffering as a result of the assault, battery, and false imprisonment.

On March 15, 2018, the ACLU of Northern California filed a lawsuit in federal court seeking damages under the Federal Tort Claims Act.

A Border Agent Took My Sister and Me Into a Closet and Sexually Assaulted Us (March 22, 2017) 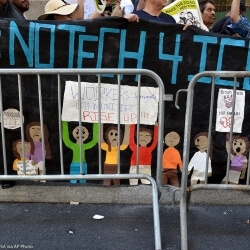