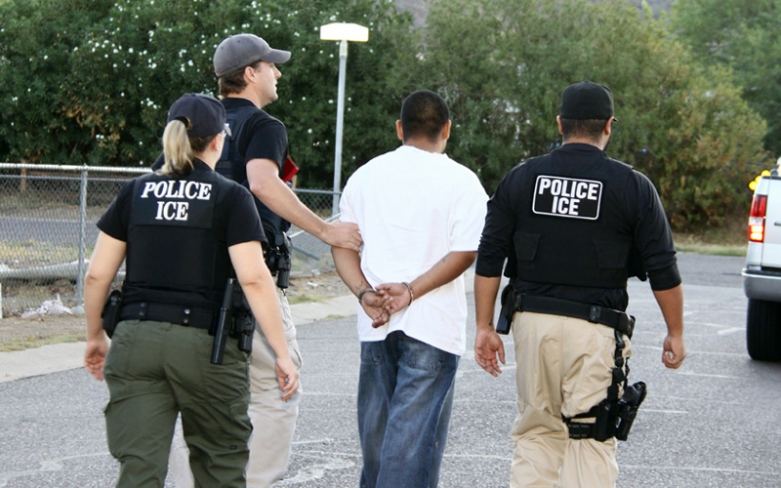 Imagine this scenario: you arrived in the United States as an infant. You were given a green card and thus a right to permanent residence in the United States. You attended California schools, had a family, strong work ties, and aspirations to become a United States citizen. But one day, immigration agents place you in detention.

Because of a flawed government practice, you are held indefinitely—without an opportunity for a bond hearing—while the government tries to deport you due to a decades-old criminal conviction (e.g., for marijuana possession from back when you were in college).

This means that you may linger in detention, perhaps for many months, while you face deportation proceedings.

Mandatory detention without due process

This scenario is all too real for many of immigrants in California detained under the mandatory detention statute. Thousands were barred from the opportunity to make an individualized case against their detention.

Asian Americans Advancing Justice – Asian Law Caucus, the ACLU of Northern California, and Keker & Van Nest filed a class action lawsuit to challenge this practice on behalf of three immigrants and a class of individuals who were taken into mandatory detention for offenses committed many years ago.

Mony Preap was one of our plaintiffs. Mr. Preap was born in a refugee camp after his family fled Cambodia’s Khmer Rouge. He immigrated to the United States as an infant and became a lawful permanent resident in 1981. In 2006, Mr. Preap was convicted of two non-violent misdemeanors. Years after being released for these convictions, Mr. Preap was transferred to immigration detention upon serving a short sentence for an offense that does not require mandatory detention statute and was held without an opportunity for a bond hearing.

Eduardo Padilla arrived in the United States from Mexico in 1966 and became a lawful permanent resident before the age of two. During a difficult period in his life over a decade ago, Mr. Padilla was convicted of two non-violent crimes with potential immigration consequences. He was released from custody in 2002 and wholeheartedly embraced the opportunity to live a better life, taking care of his family, being the primary financial caregiver of his elderly mother, pregnant daughter, and grandson. On Aug. 15, 2013—over ten years after the last time he was in criminal custody—immigration agents arrived at Mr. Padilla’s home and arrested him on civil immigration charges.

Families and communities are being separated and torn apart by mandatory immigration detention. Mr. Preap and Mr. Padilla are just two of the many immigrants being detained without due process in California. Every day, more than 30,000 immigrants are held in prison-like conditions while the government determines if they can stay with their loved ones or get deported.

This ruling reaffirms a decision by a lower court that thousands of California’s immigrants may now make an individualized case against their detention, thereby safeguarding families and correcting an injustice in California.

Unfortunately, mandatory immigration detention is still a problem throughout the United States and is an extraordinary deprivation of liberty. That's why we'll continue our work advocating for the dignity and fair treatment of immigrants, and an overhaul to our immigration system and policies. Families and communities deserve to live with justice, freedom, and the promise of a bright future.