Police Are Acquiring Surveillance Tech in Secret. A California Bill Would Give the Public a Say. 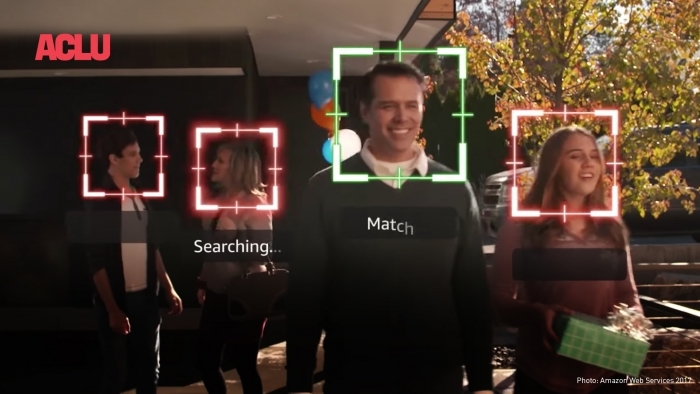 Recent stories about Amazon’s invasive face scanning surveillance technology and Cambridge Analytica’s exploitation of Facebook data have brought the impact of surveillance and data misuse to the fore. But many people don’t realize how often local law enforcement agencies acquire and use similar technologies in their own communities. A groundbreaking bill pending in California would bring this day-to-day local surveillance out of the shadows and give communities a way to fight back against surveillance systems that are disproportionately aimed at immigrants and people of color.

The bill, SB 1186, requires greater transparency and public oversight when law enforcement agencies seek to acquire surveillance technologies that collect sensitive location or other personal data. It builds on a workable model that several California localities have already enacted.

Right now, a key California legislative committee holds the power to advance the bill, which is supported by a broad coalition of California civil rights and civil liberties organizations. In this political climate, it’s a necessary tool for protecting immigrants and other vulnerable residents from surveillance systems that are readily exploitable by the federal government.

The bill requires local law enforcement to get the approval of elected local representatives before acquiring surveillance technology. Before that vote, law enforcement agencies like police departments, sheriffs, and district attorneys must propose a set of written rules that explain their plans for the technology, as wells as limits on its use and collection and sharing of data. Next, residents get a chance to weigh in on these rules and the proposal at a public meeting. If a city council or board of supervisors doesn’t approve a proposal, law enforcement cannot acquire or use that technology.

As surveillance technology becomes more powerful and easily available, California needs this bill now more than ever — and hopefully other states will follow its lead. Often bankrolled by federal funds, technologies like automatic license plate readers, drones, and social media surveillance systems have invaded our communities without our knowledge or input. These technologies collect information about our whereabouts and other sensitive details about our lives, and they are frequently turned on local activists.

Warrantless surveillance not only feeds databases that can be abused, it leads to real world harms that disproportionately affect immigrants, people of color, and Muslim Americans. Many law enforcement agencies have used social media monitoring products advertised as tools to track activists of color — San Jose police used it to spy on protesters during a visit by India’s prime minister. The L.A. County Sheriff’s Department monitored the residents of Compton using high-powered aerial surveillance. San Francisco police stopped and held an elderly Black woman at gunpoint — all because an automatic license plate reader improperly identified her car as a stolen vehicle. Elsewhere, police have used that same technology to monitor mosque visitors.

The ACLU of Northern California has sued to learn more about this arrangement, and some California communities have stood up and rejected this company’s technology. However, these systems continue to prowl cities and rural areas, collecting data about immigrants while they’re driving to work, running errands, or bringing their kids to school. ICE should not be able to exploit this data to target and separate families. SB 1186 gives communities statewide a way to ensure that local law enforcement is not facilitating practices like this.

Communities such as Santa Clara County, Oakland, Davis, and Berkeley have already passed ordinances that require law enforcement agencies to be transparent about surveillance proposals, submit those proposals to a vote by elected leaders, and write strict rules for how the technologies can be used. SB 1186 — which would be the first statewide law of its kind — would ensure that all Californians can benefit from these important reforms. Community voices must be heard if surveillance proposals are on the table.

This bill is a piece of a larger movement. Localities across the country are taking part in a national campaign called Community Control Over Police Surveillance (CCOPS), a reform effort spearheaded by 17 organizations, including the ACLU, aimed at putting local residents and elected officials in charge of decisions about surveillance technology. To date, local CCOPS efforts have sprouted up in more than twenty cities, including New York, and St. Louis.

After passing through the California Senate, the California Assembly Appropriations Committee will decide this bill’s fate in the next week. If you live in California, contact your state assembly representative and encourage them to support SB 1186 across the finish line.

This will not be an easy fight. Law enforcement agencies strongly oppose this bill’s transparency and oversight mechanisms. But public safety in the digital era requires that elected representatives and community members have a voice in important decisions like these.

Chloe Triplett is a Policy Advocate with the ACLU of San Diego & Imperial Counties.