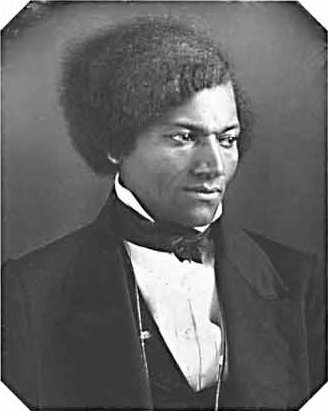 The fledgling Trump Administration has stirred the pot in Washington, D.C. and throughout our nation, and the President has demonstrated a shocking lack of knowledge about our nation’s history and traditions of resistance.

On Feb. 1 President Trump marked Black History Month with a handful of African American supporters at a White House listening session. Referencing the recently opened National Museum of African American History and Culture in Washington, D.C., he mentioned Frederick Douglass, a historical icon of the 19th century, with a curious statement that indicated how little he knew about Douglass. In fact, he didn’t appear to know that Douglass died 132 years ago: “Frederick Douglass is an example of somebody who’s done an amazing job and is being recognized more and more.”

Apparently neither President Trump nor his staff know much about Frederick Douglass. To set the record straight, Frederick Douglass, a former slave, was a towering figure in America’s fight against slavery, a social reformer, champion of suffrage for both men and women, orator, writer, newspaper publisher, and statesman. He also was undocumented. In 1838, he escaped slavery to live as a fugitive in a northern state where slavery was outlawed. His freedom in the “free” state was protected outside of the law, not within it, notes the Atlantic magazine.

In Massachusetts, where some free black men could vote, he assumed the name “Douglass” and registered to vote based only on his marriage papers. Luckily for him, Douglass didn’t have to produce anything to prove his identity as a free man.

Douglass’s achievements were made in the face of tremendous adversity and violence, and in violation of immoral laws that sought to deny human rights while protecting the economic interests of white southerners. He spoke and wrote often in support of abolition of slavery and for the enfranchisement of blacks and white women. Douglass also spoke against the removal of free colored people to other countries. In a speech at the National Convention of Liberty Party in September 1851, Douglass argued: “Amid all our afflictions there is an invincible determination to stay right here, because a large portion of the American people desire to get rid of us. In proportion to the strength of their desire to have us go, in just that proportion is the strength of our determination to stay, and in staying we ask nothing but justice.”

Douglass’s moral and life-long resistance to the unjust oppression and disenfranchisement of people of color made him a thorn in the side of those who sought to continue on an economic course that flies in the face of recognizing the humanity of all humankind.

In that spirit of resisting injustice, the ACLU denounced President Trump’s Muslim ban on Jan. 26 and filed suit against the Trump Administration on behalf of three California university students whose travel was restricted by the executive order. It was in that same spirit of resistance that 75 years ago the ACLU fought against the internment of Japanese-Americans during World War II, losing the case in the Supreme Court in 1944, only to see that decision reversed in 1983 and reparations awarded five years later. Still now, the ACLU works tirelessly to ensure access to the ballot, stands against police misconduct and the surveillance state, protects against discrimination against the LGBTQ community, and defends the right of freedom of expression.

President Trump may not know much about Frederick Douglass, but at the ACLU we honor his resistance to injustice. His life’s work inspires us to continue to fight for racial justice and human rights in the courts, the legislature and the streets, and his prophetic words make his genius timeless.

“The man who is unmoved now, misconceives the crisis; or he is intensely selfish, caring nothing about the affairs of his country and kind. Washington, long the abode of political profligacy and corruption, is now the scene of the revelry of triumphant wickedness, laughing to scorn the moral sense of the nation, and grinding the iron heel of bondage into the bleeding heart of living millions.” – Frederick Douglass, The End of All Compromises with Slavery – Now and Forever, Frederick Douglass’s Paper, May 26, 1854.

Diana Tate Vermeire is the Racial Justice Initiative Director at the ACLU of Northern California.