Twitter Should Refuse to Sell Your Tweets to Local Law Enforcement 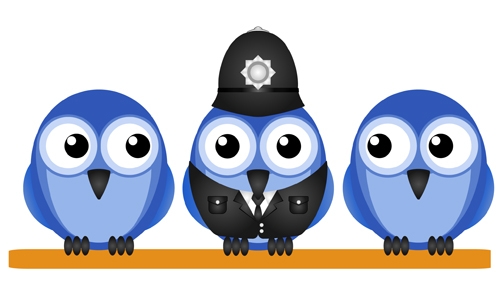 Yesterday, the Wall Street Journal reported that Twitter is no longer going to allow US intelligence agencies to access a Twitter-affiliated business service that compiles and analyzes the hundreds of millions of daily tweets on the service.

Twitter should clarify its policies and make clear that these uses are off limits.

The service at issue here is called Dataminr, which is partly owned by Twitter and is the only company with easy access to all public tweets. This is highly valuable information – although most tweets are already publicly available, Dataminr brings all of this information together into a single package that is easy to access and use.

On its website, the company specifically markets its “public sector” services, which it touts as capable of monitoring various events including “social and political unrest.”

But Dataminr is not the only company that sells information about your tweets, and the feds are not the only ones interested in buying it. More and more, local law enforcement is jumping into the social media surveillance game and purchasing data from a slew of shady companies.

Last year in Fresno, documents obtained by the ACLU publicly revealed that the police had secretly acquired and tested multiple social media surveillance tools that encouraged surveillance of hashtags like #BlackLivesMatter, #dontshoot, and #wewantjustice and assigned individuals a “threat level.”

This revelation sparked nationwide attention and calls for change from community members. Since then, we’ve learned that Oakland and San Jose pay for social media surveillance products as well.

The surveillance services being used at the local level – including Media Sonar and Geofeedia – market their products as providing broad access to millions of tweets. The Wall Street Journal piece does not discuss whether Twitter is scrutinizing these companies and what they do with user data.

Without safeguards in place, companies with bulk access to social media posts can easily create software products that make it easy for local law enforcement to conduct surveillance.

This surveillance allows for high-tech racial profiling of #BlackLivesMatter and #Frisco5. Speaking out against police violence shouldn’t result in police spying on you.

The fact that most tweets are “public” is irrelevant here - people shouldn’t have to bear the burden of putting their constitutionally-protected speech behind a passcode, just to guard themselves against government surveillance.

That’s why many cities and counties are pushing back and demanding input for surveillance technology proposals – right now, both Santa Clara County and Oakland are considering local legislation that would require public input and oversight of social media surveillance software and other invasive tools.

Local law enforcement interest in social media surveillance is at an all-time high, and Twitter can do more to protect users, many of which are activists. The company already maintains a written policy that prohibits certain developers from allowing government surveillance of user content.

Twitter should make it clear that this policy applies across its business data products and take additional steps to prevent governments from using those products for surveillance proposes.

Matt Cagle is a Tech and Civil Liberties Policy Attorney at the ACLU of Northern California.