UC Berkeley Just Reinstated A Course on Palestine. It Should Have Protected Free Speech From the Start. 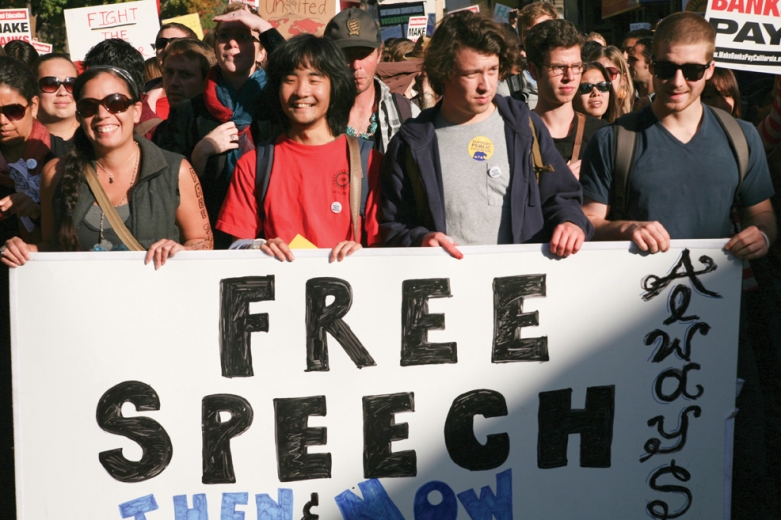 UC Berkeley just reinstated a student-led course on Palestine, after major uproar over the university’s decision to arbitrarily suspend it last week. It’s a victory for free speech and academic freedom – but Cal’s move to cancel the course for no good reason should never have happened in the first place.

The university initially suspended the course citing a mistake in the approval process, but it had actually been approved by the student facilitator’s department and the Academic Senate. What’s clear now is that just hours after receiving a letter from the AMCHA Initiative and 42 other groups demanding that the university cancel it, the university singled out the course for cancellation.

The flimsy procedural excuse for the suspension, along with the suspicious timing, raises real concerns that UC Berkeley actually targeted the course because of a political viewpoint.

It violates basic principles of free speech and academic freedom when a university demands that courses be “apolitical,” or cancels classes in response to a “heckler’s veto.”  In fact, California courts have even held that universities cannot cancel classes because they are too controversial or political. In Dibona v. Matthews, the court explained that a “central premise of the constitutional guarantee of free speech is that difficult and sensitive political issues generally benefit from constructive dialogue.”

Student-led courses at Cal come from a long tradition of student-led academic inquiry hailing back to Berkeley's Free Speech Movement itself. By reinstating the course, Cal is ultimately moving to protect the right of students to speak and study freely.

But we hope schools and universities like UC Berkeley will protect free speech from the start instead of waiting to have their censorship called out. And here’s why.

This comes only a few months after the UC Regents passed a policy that dangerously conflates anti-Zionism with anti-Semitism. When the university continues to come down with policies and course suspensions like these, the possibility of chilling constitutionally protected speech on this issue becomes more and more real.

Christine P. Sun, UC Berkeley class of 1994, is Associate Director and Director of the Legal-Policy Department at the ACLU of Northern California.