Why the Next Philando Castile Could Be a Sixth-Grader 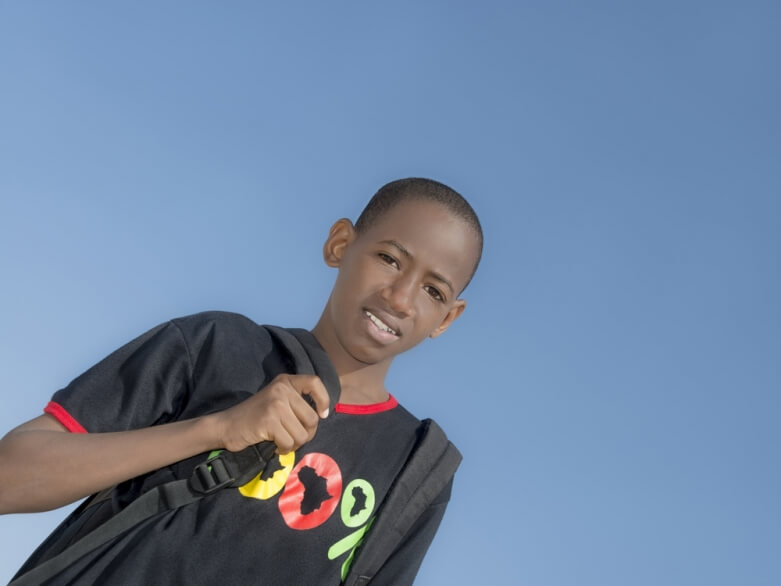 Events this past week are yet another painful reminder that systemic racism and racially biased practices and policies continue to permeate law enforcement institutions around the country, as they have for decades. And now, despite overwhelming proof that our system of law enforcement is inherently unequal, we’ve nevertheless let this racist institution into our most sacred public space—the schoolhouse.

This is the same fundamentally flawed and unjust institution that killed Alton Sterling and Philando Castile and resulted in the death of Sandra Bland exactly one year ago.

Today the country’s fastest growing area of law enforcement is police officers in secondary schools—not simply a handful of officers in case of emergency, but entire police departments assembled and managed solely for the purpose of policing elementary, middle, and high school students. These are school police departments that use the exact same model and training as the departments in our communities.

This means that the same punitive and potentially biased police practices that define interactions in the streets of our communities are now present in the hallways of our schools. Students are subjected to an increased use of searches and interrogations, drug-sniffing dogs, pepper spray, police intimidation, verbal abuse, sexual harassment, handcuffing and excessive force. The majority of these punitive actions are in response to standard student behavior issues such as talking back to a teacher, tardiness or minor schoolyard disputes—violations that pose no direct threat to personal safety. This overuse of police to handle routine disciplinary problems has severe and documented negative consequences for students, including shunting thousands into the criminal justice system through the school-to-prison pipeline.

We’ve watched a white, male police officer brutally assault a Black teenage girl in South Carolina in her classroom simply for refusing to leave her class after using her cell phone. And we’ve seen an Oakland school police officer assaulting a high school student with cerebral palsy in a wheelchair. We know that these incidents, though extreme, are not exceptional, but rather emblematic of a pattern and practice of discrimination that infects law enforcement whether the institution is in our streets or in our schools. There is no better reminder of this than Philando Castile, who police pulled over at least 52 times for minor violations prior to his final, fatal encounter that we all witnessed in horror.

But it isn’t our students in Beverly Hills or Palo Alto who bear the brunt of punitive policing practices at school. Districts serving predominantly low-income students of color are almost always the ones with the greatest police presence. The average arrest rate in schools where more than 80% of students receive free and reduced lunch is seven times that of schools where 20% of students receive a free and reduced lunch—schools we know to be attended mostly by white students.  Just as race-based fears, misconceptions about safety, and a lack of social support services lead to over-policing of Black and Brown communities like Ferguson, the unsupported assumption that police officers increase student safety along with a failure to invest in sorely needed student support services results in the over-criminalization of Black and Brown students in California schools.

When we impose the same institution that we know disproportionately arrests Black adults into our schools, it is no surprise that our Black and Brown children find themselves in handcuffs and in court. The same racial biases and race-based fears that prompted the police officer in Texas to stop, brutalize, and arrest Sandra Bland last year influence how school police officers exercise discretion in their discipline of children of color. According to analysis conducted by the ACLU, in California schools, Black students are 2.7 times as likely and Native American students are 3.4 times as likely as their white peers to receive a school-based referral to police.

Of course, some students have positive police interactions but that doesn’t change the overwhelming evidence that the presence of law enforcement in our public schools disproportionately and negatively impacts students of color. And we know that investing in more school counselors or other social support programs is a more effective use of school funds.

As we’ve learned this past week, the negative consequences of this inherently flawed and discriminatory system are intractable and painful to address. This fall, the ACLU of California will release a report that details the consequences of the increase in student-police interactions and describes the current state of school police policies in districts across California. Since school police departments sometimes hide data on their practices and policies, we also recently filed a lawsuit to demand more information.

But fundamental change in how we treat children of color and choose to discipline students will only come when parents, students, teachers and the general public demand that change.