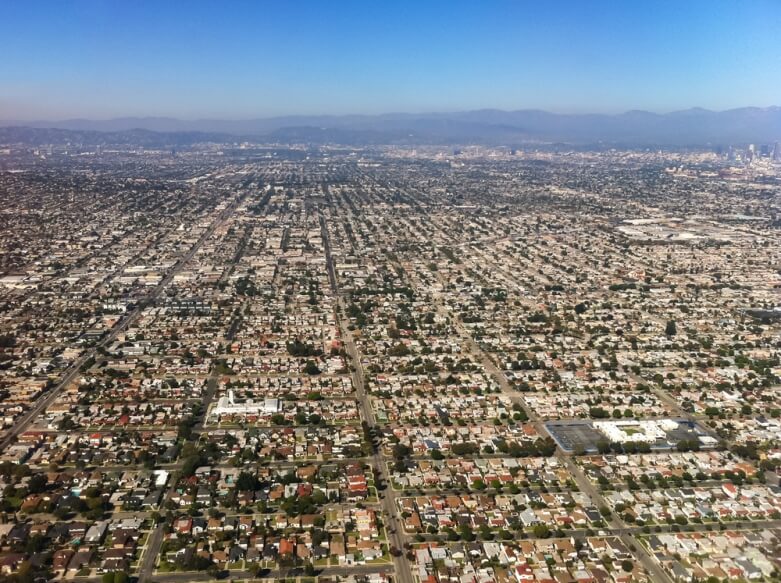 Anaheim Police have spent almost a decade secretly building an inventory of powerful cell phone surveillance devices and making them available to neighboring cities in Orange County, documents obtained by the ACLU of California reveal.

This cell phone spying program – which potentially affects the privacy of everyone from Orange County’s 3 million residents to the 16 million people who visit Disneyland every year – shows the dangers of allowing law enforcement to secretly acquire surveillance technology.

The devices include the suitcase-sized “Stingray” equipment, another hand-held and easy-to-hide cell phone spy tool, and – most surprisingly – a military-grade piece of equipment known as a “dirtbox” that until now was only thought to be used by the federal government and two major cities.

If a city of only a few hundred thousand people like Anaheim has purchased this wide array of devices, it begs the question of how widespread these tools really are.

Additionally, Anaheim has represented in its secretive funding requests that “every city in Orange County has benefited” from its cellular surveillance equipment, raising further concerns about transparency, democracy, and accountability.

It’s bad enough that Anaheim’s secretive acquisition of this surveillance technology deprived the city’s residents of the opportunity to participate in critical decisions affecting their own community.

But by loaning out this technology well outside Anaheim’s borders, the police department has subjected people all over Orange County to surveillance decisions made by unelected leaders from other communities.

A cell site simulator, often referred to as “Stingray,” mimics a cell tower and tricks nearby cell phones into communicating with it. In order to function, these devices interact with all cell phones in radio range, which means they potentially retain data about the communications and locations of innocent people.

Although federal, state and local governments widely use cell cite simulators, governments have gone to great lengths to hide information about how those simulators work and are used. Anaheim’s secrecy here is not an accident. The city and its departments bought these devices in secret and initially refused the ACLU’s request for public records.

Only after we filed a public records lawsuit and engaged in extensive discussions did Anaheim produce any documents, which were heavily redacted—an on-going point of contention in our lawsuit.

What the documents show

Anaheim has possessed at least three different forms of cell phone surveillance technology since at least 2009, the documents show. The police department used a federal grant that year to purchase a powerful, military-grade device known as a “dirtbox” from a Maryland-based company named Digital Receiver Technology, Inc., or DRT.

A dirtbox can collect information about thousands of phones at once, and a predecessor version of Anaheim’s device is capable of intercepting and recording digital voice data, according to a classified catalog recently leaked to the media.

Other dirtbox models are capable of breaking the encryption of cellphone communications, according to media reports. If an earlier model is capable of eavesdropping on conversations and scooping up emails and text messages, can Anaheim’s later-generation model do the same?

One of the unique features of a dirtbox is that it can be airborne, and as a consequence scoop up information from not just a few hundred phones in its vicinity, but from thousands of phones. Until now, the only reported domestic use of these powerful devices was by the federal government and the cities of Los Angeles and Chicago.

While the documents do not discuss Anaheim’s aerial use of the device, they include an email from Lt. Dave Vangsness, head of the Anaheim Police Department’s Air Support Bureau, discussing what appears to be a memorandum of understanding for the dirtbox.

Vangsness has publicly boasted about an Anaheim-owned 10-seat Cessna that “can quietly conduct surveillance during narcotics investigations.”

It’s worth noting that Anaheim police purchased the same dirtbox model sought by the U.S. Air Force around 2012. All of this raises troubling questions about how exactly Anaheim used their device and just how many people have been affected.

Stingrays and other surveillance devices

In 2011, two years after buying the dirtbox, Anaheim appears to have bought a Stingray from Florida-based Harris Corp using a combination of federal grant dollars and local funds. And in 2013, Anaheim’s Chief of Police approved an upgrade to the department’s Stingray the ACLU believes enabled it to monitor modern LTE cellular networks used by millions of customers on smartphones made by Apple, Samsung, and others.

In other words, as cell carriers upgraded their networks to LTE, Anaheim police took steps to exploit that very network which millions of customers would entrust with their private communications.

Finally, in late 2013 Anaheim also purchased a controversial hand-held cell phone surveillance device manufactured by a company called KEYW and marketed as a tool for covertly locating phones and LTE signals in hard-to-reach places, including the interiors of buildings.

The documents turned over to the ACLU, when compared with publicly available price quotes, strongly suggest that Anaheim bought a device called a Jugular. With a lightweight Jugular in hand, individual officers can easily conduct cell phone surveillance around and inside of buildings, including private homes, without alerting bystanders.

The documents obtained in the public records suit do not confirm whether Anaheim police investigators obtain a warrant before using these devices.

The records state that Anaheim obtains a “court order” or “court approval” for use of the DRT, KEYW, Harris devices, but a court order is not necessarily based on probable cause, as is required for a warrant.

This is important because devices like the KEYW Jugular can be used to find devices in hard-to-access spaces, such as the interiors of homes where people have the right to be secure from unreasonable searches under the Fourth Amendment.

The ACLU documents predate CalECPA, the new California law requiring a warrant for these devices. We do not know what legal process Anaheim seeks for cell phone surveillance today.

The ever-expanding use of these devices appears to go beyond Anaheim’s city limits. Anaheim represented in funding requests that it makes its cell surveillance arsenal available to other police departments in Orange County and had written procedures for sharing the dirtbox. The secretive use of this equipment outside of Anaheim means the police not only deprived its own residents of the opportunity to debate or choose whether to be subjected to cell phone surveillance, it also did the same for the residents and elected leaders in neighboring jurisdictions, undermining the democratic process in those places as well.

Anaheim’s gradual slide towards more and more surveillance illustrates the risks of secret surveillance outside of the democratic process.

The ACLU is hopeful these reforms will take hold in places like Anaheim too so that when police seek the next generation of surveillance technologies, it won’t take the public seven years and a lawsuit to find out about it.