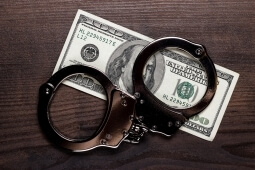 Under Gov. Jerry Brown's Criminal Justice Realignment (Realignment) plan, responsibility for 20,000 or so state prisoners who were convicted of non-serious, nonviolent and non-sexual offenses was shifted to the county sheriffs. This was done as part of the state’s efforts to comply with federal court orders to reduce its state prison population.

Not surprisingly, the counties were nervous about taking on tens of thousands of new prisoners.

To address their concerns, and make Realignment politically viable, the governor promised the counties huge amounts of money, to be distributed by the Board of State and Community Corrections (BSCC), to help pay for this new population of inmates. The idea was also that many of these inmates could receive better rehabilitation services at the county level, closer to home, than they were receiving from the state.

Whether Realignment delivers on its promise of providing greater opportunities for rehabilitation and treatment services to inmates now depends, largely, on whether the $500 million the BSCC has given to counties is used for these purposes.

The ACLU has closely followed the BSCC’s process in awarding this financing. We have vigorously lobbied the BSCC to keep its Request for Proposals (RFP) consistent with the intent of the Legislation, to emphasize programming and treatment and not expand jail capacity. A total of 32 counties submitted applications for this new jail construction financing. A list of all counties that applied and the amounts requested is available here.

When it became clear the BSCC would not make the applications public in time for meaningful public review, the ACLU filed a total of 65 Public Record Act requests to obtain the applications from the county Sheriffs and Boards of Supervisors in the counties that applied for these funds. The actual proposals and supporting documents that we obtained, including Jail Needs Assessments, where applicable, are posted below by county.

Our review of the applications revealed that most counties, while promising new spaces for programming and treatment in the proposed new jails, provided vague and inadequate information about how any actual programs or treatment would be staffed or paid for. This is a concern we have raised throughout the application process and the county’s proposals indicate that this is likely to be an ongoing problem.

In addition, the ACLU discovered that one applicant, Butte County, intended to pay its required 10% matching funds by taking $650,000 out of its Inmate Welfare Fund (IWF). The IWF is generated by adding surcharges to telephone calls between inmates and their families and to commissary items sold to inmates. So, if a family puts a few dollars on an inmate’s books (inmates may not handle money) to allow the inmate to buy some ramen noodles or personal hygiene products, they pay over-market rates and the difference goes to the IWF. This discovery was an example of why the ACLU felt it was critically important to allow the public to see these applications before the BSCC awarded the financing.

At its meeting on November 12, 2015, the BSCC provisionally awarded financing based on a scoring of the applications conducted by its Executive Steering Committee. During that same meeting, the ACLU advised the Board that use of the IWF money for jail construction violated the law, which specifies this money is intended to be used for the inmates’ welfare and benefit, and is also indefensible as public policy. A spirited discussion among Board members ensued in which one board member, Scott Budnick, termed the use of the IWF for new jail construction “outrageous.” Ultimately, the Board voted to conditionally award Butte County the $40 million it requested but conditioned that award on the Board obtaining a determination of the legality of the use of IWF funds for this purpose and, in any event, the Board voted to “encourage” Butte County to find other funds to meet its required 10% match.

While we will continue our efforts to prevent this unconscionable use of Inmate Welfare Funds, this situation clearly demonstrates the importance of the public having access to the documents the BSCC reviews when it doles out the vast sums of money entrusted to it by the Legislature as well as the importance of public participation in the ongoing work of the BSCC.